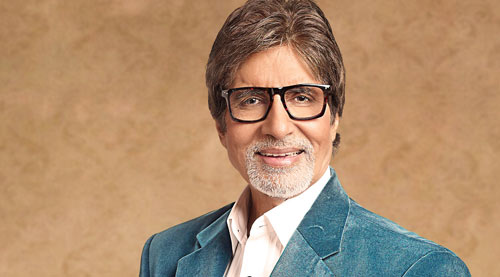 In Wazir, you play a man on a wheelchair. How difficult was it to perform in that state of immobility?
When you take on a role in a script or a project for film, you agree to perform it to your best capability. I hope I have been able to do that. That is my professional responsibility and take. The final decision shall of course rest with the audience.

But, being confined to a wheelchair must be restricting for you as an actor?
Just because one is confined to a wheel chair in an entire film, does not mean that one is being asked to do something special or 'difficult'. Being on your feet without any so called 'disability' can be equally difficult!

Also, your wheelchair is ultra-sophisticated in Wazir?
Yes, I have the benefit of my mobility being taken off by the technology and mechanism of the chair that I am confined to. It gets mobile on its own. As an actor, I have immense problems of mobility, even in an abled condition!

You share camera space with Farhan Akhtar for the first time. Most of your scenes are with him. What sort of a rapport did you strike with him?
In a film project, the rapport related to fellow co-stars is determined by the script. Both, Farhan and I accepted the script. So, one can safely say that our rapport was acceptable too.

Farhan had directed you in Lakshya. How different was he as an actor?
In Lakshya, he was behind the Arriflex. In Wazir, he is in front of the digitized Arriflex.

Wazir also gave you a chance to reunite with Javed Akhtar, the man who co-wrote some of your biggest hits. Lots of memory and nostalgia on the sets?
Javed saheb and I never met on the sets of Wazir. His contribution to the film has been behind those proverbial closed curtains, or to put it more succinctly... 'parde ke peeche'. And 'closed curtains' as far as Javed saheb is concerned, have been his greatest contribution to the industry.

How would you rate Bejoy Nambiar as a director?
He is a dedicated, passionate and competent director. It has been a most satisfying experience!

Wazir is a revenge thriller. We haven't seen you in one of those for quite some time. Did you enjoy getting into this genre?
Yes. Very much so.

In 2015, you triumphed grandly with Piku. Any chances of getting together with Shoojit Sircar again?
That is for Shoojit Sircar to decide and for me to willingly agree.

What are the other projects that you've said yes to?
It's a little premature to talk of them yet!