Rani Mukerji is in Rajasthan shooting for her next, Mardaani 2, and she was invited to meet the Kota police force and their families at an informal gathering. Rani, who plays the role of a top cop in Rajasthan, was extremely delighted to learn that she would also meet the top female cop of the city, Dr. Amrita Duhan, the Assistant Superintendent of Police. 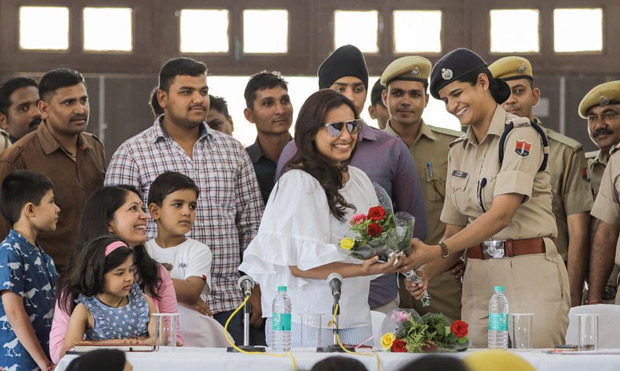 “About 300 police officers and their families met Rani and of course both Rani and the cops had a great time interacting with each other. Rani was thrilled to meet the female top cop of Kota who welcomed her to the gathering and also presided over the super interactive interaction with the city cops. Rani is a much-loved actor of the country given her incredible body of work and she went out of her way to ensure the cops and their families have a great time,” reveals an eyewitness. 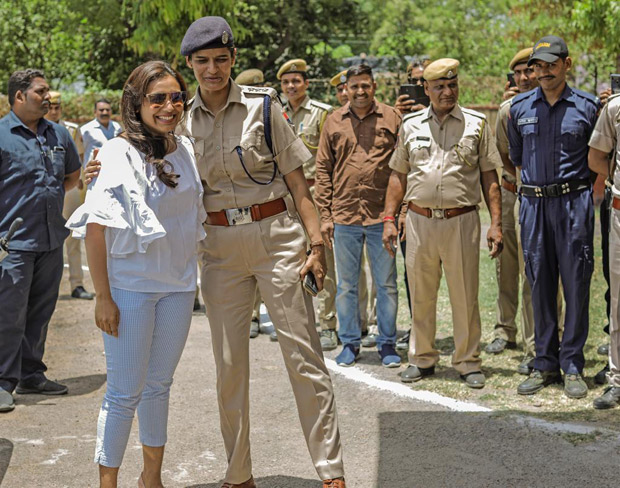 “Rani spent about an hour at the gathering. She thanked the Kota police for their incredible support during the filming of Mardaani 2 and also said that the film will make each and every police officer in Rajasthan, as well as India, proud. She specially dedicated the film to all the women police officers of the country who work tirelessly and courageously to safeguard law and order and protect the innocent. Rani was overwhelmed with the warm response of the cops and their families towards her,” the source adds. 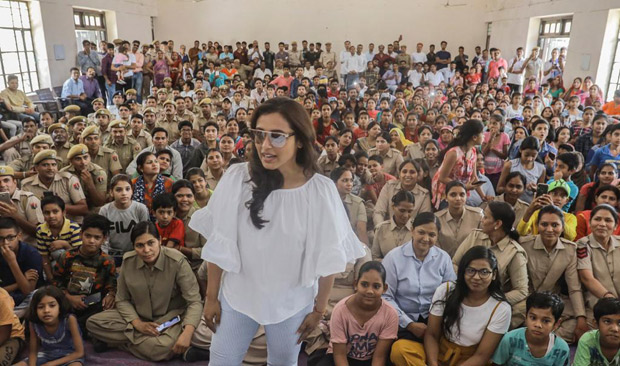 Rani Mukerji reprises the role of the fearless and committed Superintendent of Police, Shivani Shivaji Roy in Mardaani 2. She had delivered a knock-out performance in the superhit and hugely acclaimed prequel, Mardaani, in which she took on the kingpin of a child trafficking racket. There is a lot of anticipation on who her villain will be and the crime that Rani will try and solve in the sequel. Produced by Aditya Chopra, this will be Rani’s next release after the global blockbuster Hichki. Mardaani 2 marks the directorial debut of Gopi Puthran, the writer of the first Mardaani film. 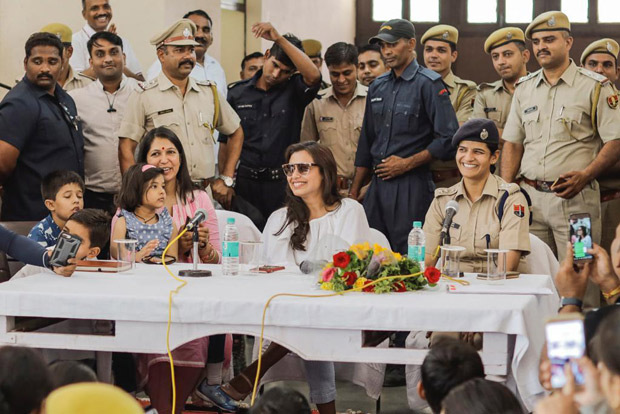