Late Rishi Kapoor and Neetu Kapoor's daughter Riddhima Kapoor Sahni turns 40 on September 15. To celebrate her day, she had an early celebration at midnight at Neetu's residence in presence of her daughter and husband. 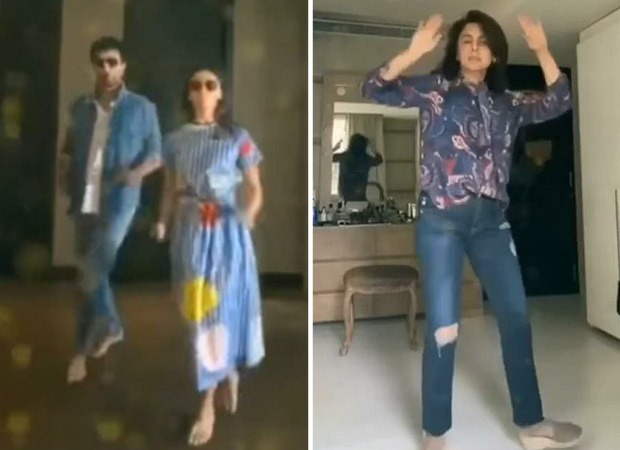 Ranbir Kapoor was in attendance with Alia Bhatt and cousins Kareena Kapoor Khan and Karisma Kapoor. Riddhima shared a collage of pictures on her Instagram on Monday and simply captioned it "Family."

In a special video, Ranbir Kapoor and Alia Bhatt made a cute choreographed dance video on the classic song 'Aap Jaisa Koi' from the movie Qurbani (1980). Neetu Kapoor also joined them and so did Riddhima's husband Bharat Sahni. Though Riddhima deleted the from her Instagram, many fan clubs shared it.

Surprise DANCE VIDEO for Riddhima Kapoor Sahni on the occasion of her 40th Birthday ???????????????????? ( Watch full Video on @riddhimakapoorsahniofficial )

Riddhima Kapoor Sahni and her family have been in Mumbai ever since her father Rishi Kapoor passed away on April 30, 2020. She has been spending quality time with Neetu Kapoor.