Riddhima Kapoor Sahni celebrates her birthday today and to bring in the big day, the Kapoor Khandaan got together last night for a late-night rendezvous. With a lot of pictures coming in from last night, Kareena Kapoor Khan surely knows how to keep her social media game one step ahead of the others. The actress has recently joined Instagram and her pictures are surely something we all look forward to. From unseen pictures of Taimur Ali Khan and Saif Ali Khan to the cutest throwback pictures, Kareena Kapoor Khan’s Instagram game is strong and it keeps getting better. 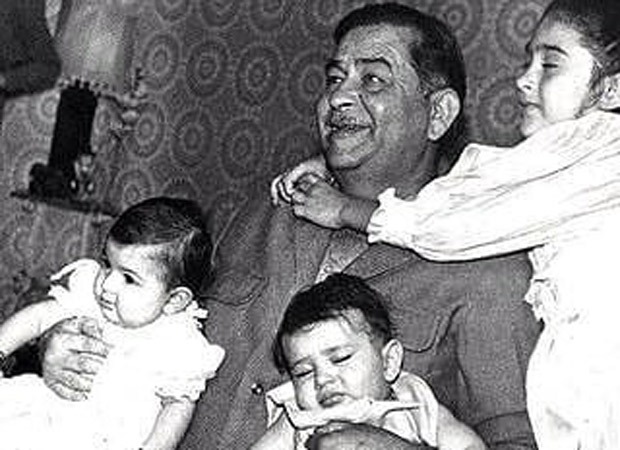 To wish Riddhima Kapoor Sahni on her birthday, she shared a throwback picture with their late grandfather and the legendary actor, Raj Kapoor where he’s seen adorable holding Kareena Kapoor Khan and Riddhima Kapoor Sahni while Karisma Kapoor stands next to him. She posted the picture with the caption, “Sister sledge ❤️❤️❤️ Happy birthday beautiful Ridz @riddhimakapoorsahniofficial ????”.

Kareena Kapoor Khan has been slaying the maternity fashion game as she was seen donning a monochrome outfit for last night’s party.