In the presence of the cast and crew along with the makers, Star Plus' new show Rajjo has been launched amidst much celebration. On the optimistic occasion of Shravan Somvaar, the team performed the maha aarti on the sets. The team performed havan followed by the pooja for the success and prosperity of the show. The cast of the show including the lead female protagonist Celesti Bairagey along with Rajveer Singh, Pakkhi Hegde, Gungun Uprari and Aayushi Bhave Tilak were present for the maha pooja. 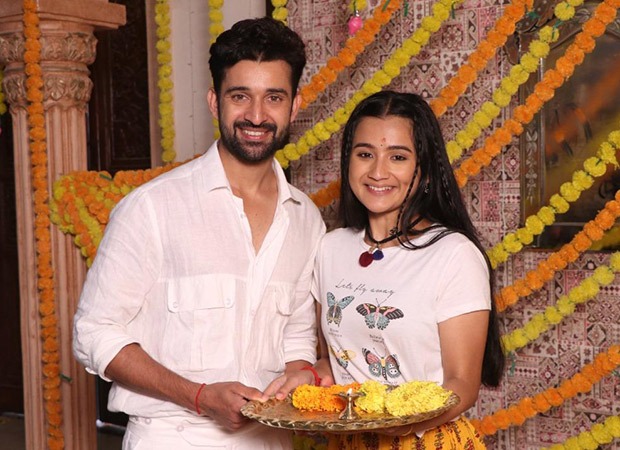 Alia Bhatt look-alike Celesti Bairagey speaks about launching her debut show Rajjo on Shravan Somvaar; says, “I am a big devotee of Lord Shiva in the show, so it’s really very special for me”

The lead female protagonist Celesti Bairagey said "Having commenced the show on such an auspicious occasion is a pure blessing for us. As I am a big devotee of lord Shiva in the show, it's really very special for me to be a part of the same. It is truly a new show with a lot of entertainment for the audience, I am sure they will love it."

While talking about the show, the male protagonist Rajveer Singh said "We are really excited to bring the show Rajjo to the audience. The cast and crew have had a thrilling time working on it, and I am certain that it will touch upon the emotions of the audience."

Rajjo, is the story of a girl gifted with a natural talent for athletics, who is brought up single-handedly by her closest companion, her mother, in a mountain village. Her life is turned upside down when one day devastating floods tear her village apart, washing away her mother. Unknown to Rajjo is her mother’s compelling story. Now, will Rajjo be able to find her mother, with the help of Arjun, a stranger who saved Rajjo from drowning in the floods?

Also Read: Karishma Sawant reveals that it doesn’t matter if a character is positive or negative; says, “It could be heroic or be ridiculously flawed”