Last Updated 28.10.2021 | 10:34 PM IST
feedback language
follow us on
Bollywood Hungama » News » Bollywood Features News » Alaya F knows how to make a fashion statement in the most basic pieces of all time

Alaya F is a hottie and it's an undeniable fact. All her Instagram posts are fire and her looks are on fleek. 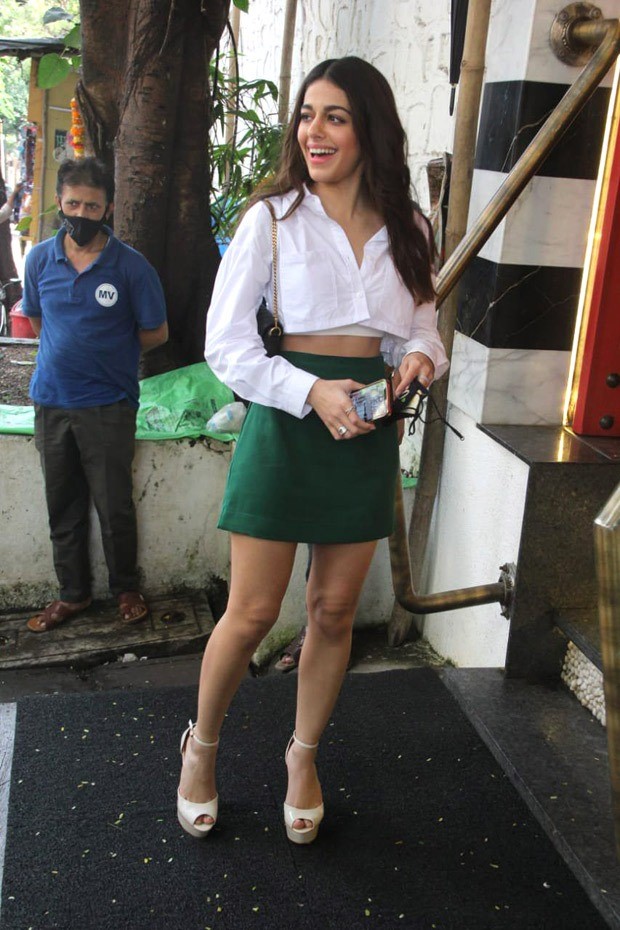 Alaya F was recently spotted out and about in the city dressed in a super glammed up and chic outfit. She was seen dressed in a cropped white shirt with her white sports bra peeking through. She paired the basic white shirt with a high waisted short deep forest green skirt. Her makeup was simple and dewy with a soft shimmer tone with a thick eyeliner and glossy pink tinted lips. Her hair were in messy soft waves. She completed her look with white strappy peep toe heels, with a black bag and small hoops to top it off. 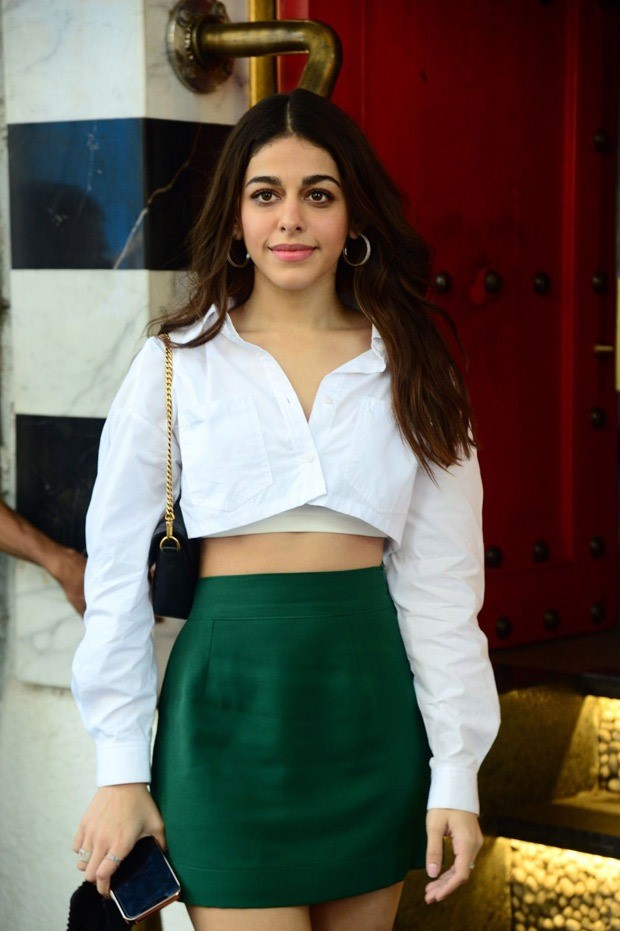 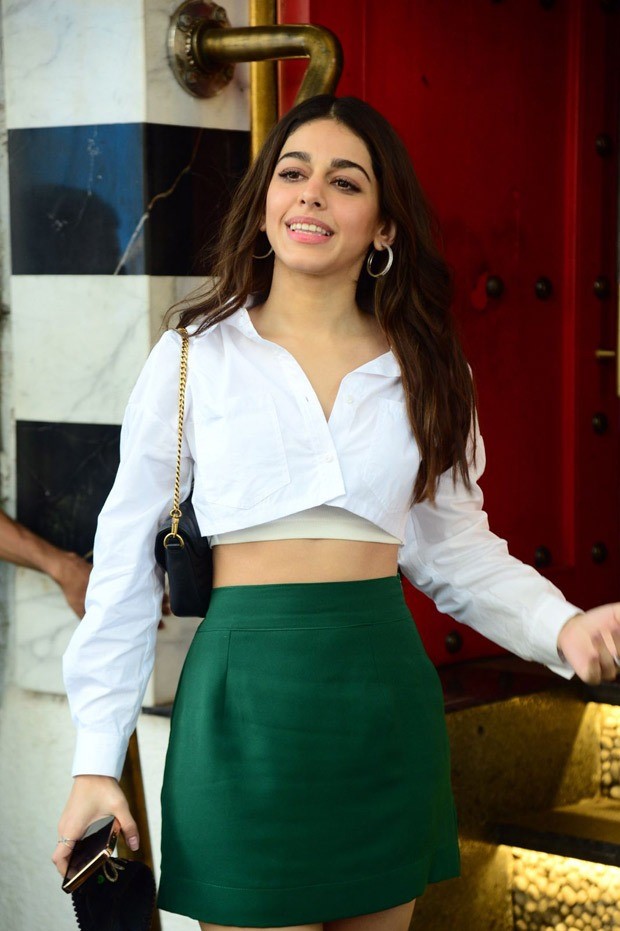 Also Read: Pooja Hegde is a stunner in a bright orange outfit from Arpita Mehta worth Rs. 48000