Rohit Shetty's cop universe is expanding. After successful cop films with Ajay Devgn and Ranveer Singh - Singham franchise and Simmba - the filmmaker is ready for yet another cop drama with Sooryavanshi starring Akshay Kumar. The character was first introduced in the post-credits scene of Simmba when Ajay's character Bajirao Singham was seen interacting with Akshay Kumar on phone. Since then, the excitement for the film is too high. 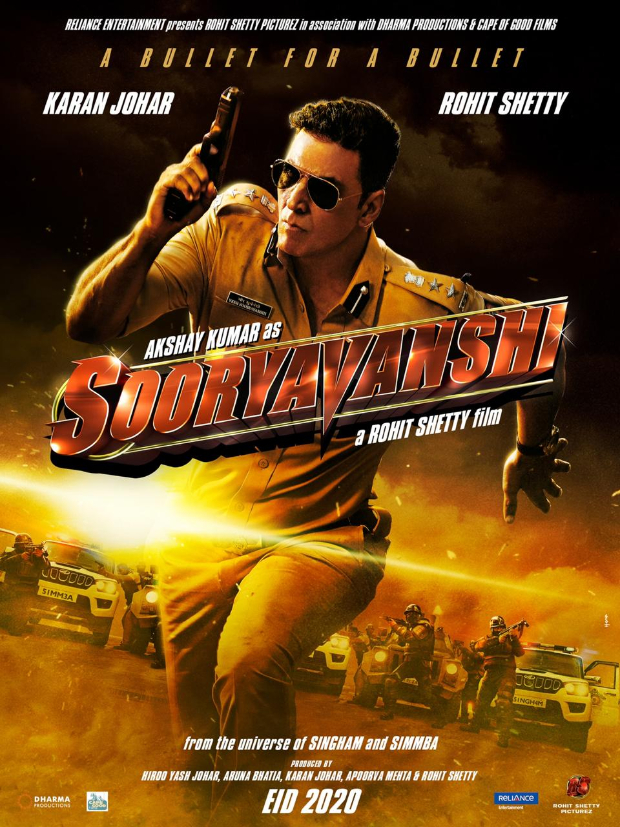 Today, the makers unveiled the first look posters of the film. Akshay Kumar is seen as the mighty cop in the two posters. He will be essaying the role of an ATS officer. And also the release date for the film is confirmed. Sooryavanshi will hit the theatres on Eid 2020. It seems like all Akshay Kumar fans are in for some major entertainment during the holiday season. 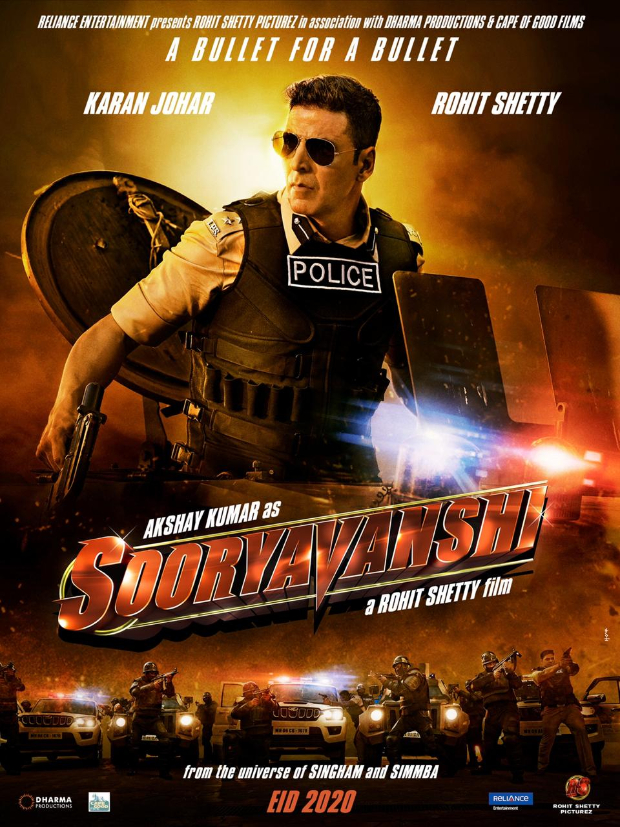 ALSO READ: Wow! Akshay Kumar does this yet another charity work where he donated Rs. 1 lakh to approximately 100 brides