Apart from being an action star of Bollywood, actor Akshay Kumar is a doting father to his two kids - Aarav Kumar and Nitara Kumar. Though the actor did not post much for his kids, he left no stone unturned to express his affection. Recently, when his daughter Nitara turned a year older, Akshay took to his Instagram handle and shared a video with a special note. 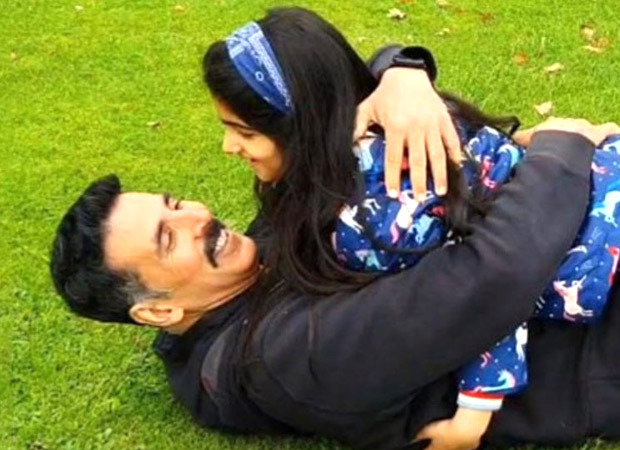 Akshay Kumar says, ‘my baby girl is growing up way too fast’ as daughter Nitara turns 10; shares a video

For the universe, on Sunday, Bollywood couple Akshay Kumar and Twinkle Khanna’s daughter turned 10. The video on Kumar’s feed featured him with Nitara while the Happy Birthday To You song plays in the background. In the video, we see the father-daughter duo climbing. Meanwhile, later, a picture of Nitara appears on the screen, in which she is carrying a shopping bag.

In the caption, the Boss actor wrote, “From holding my hand to now holding her own shopping bag, my baby girl is growing up way too fast. All of 10 years old today…my wish for you this birthday and always is…the best the world has to offer. Daddy loves you”, along with a red-heart emoticon.

On the other hand, mom Twinkle Khanna also dedicated a post to her daughter on the occasion of the latter’s special day. Interestingly, Khanna shared videos and pictures of Nitara’s birthday party. “And just like that she turns 10. Our home is a mess but our hearts are full. Happy birthday my bright, beautiful baby!”, she wrote in the caption.

On the professional front, the 55-year-old actor was last seen in Cuttputlli, a Disney+ Hotstar film. The actor has a bunch of projects in his kitty, including Bade Miyan Chote Miyan and the Hindi remake of Suriya's Tamil film Soorarai Pottru. On Monday, he announced the release date of his upcoming film Ram Setu along with the first glimpse of the project. The film is slated to release on October 25, 2022.

Also Read: Akshay Kumar starrer Ram Setu to release in theatres on THIS date; makers to release the ‘first glimpse’