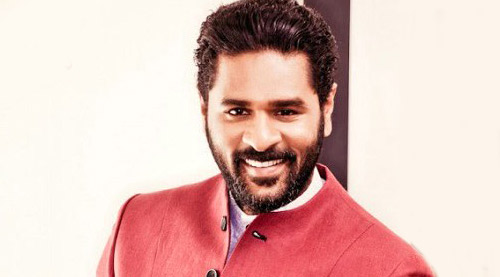 Three years after their biggest commercial success together, Rowdy Rathore, Akshay Kumar and Prabhu Dheva are coming back on the big screen with Singh Is Bliing. While for Akshay, this is his fourth release of the year after Baby, Gabbar Is Back and Brothers, for Prabhu Dheva it his first film of 2015 with Action Jackson being the story of the past. For the filmmaker who has time and again delivered a 'masala' outing, Singh Is Bliing is a feel-good offering that is pitched as a family entertainer no less. We get into a chat with Prabhu Dheva.

How did you actually come across the plot for the film?
Idea was to make a 'Singh film'; it basically came from Akshay. However, it had to be different. The mandate was not to have too many fights and instead keep the narrative filled with 70%-80% comedy. The film was meant to be feel-good. Of course it had to be an out and out commercial film with some very good entertainment where audience from 6 to 60 years of age can come and watch it.

So have you managed to accomplish the feel good factor?
It is a happy film with a lot of fun element to it. Also, though we are not preaching it on screen, we have also shown the value for father and mother. The film is quite cool and sweet in its treatment. It is like 'kulfi' ice-cream (laughs)

Well, it isn't an ice-cream but 'masala' from down South that has been the core of your films so far, right from the days of Wanted. So is it time for some Punjabi 'tadka' in Singh Is Bliing?
I will tell you something. As a choreographer, I have done songs as varied as 'Go Go Govinda' [OMG - Oh My God!] to 'K Sera Sera' [Pukar]. I have done folk and western songs. Just like that, as a film director too I have narrated different kind of stories. It all depends on the plot and the kind of filmmaking it needs. Rowdy Rathore needed a certain type of making and now Singh Is Bliing has a different styling to it.

How different did you have to go in terms of presenting your leading lady? After all, earlier it was Kriti Sanon who was in the fray and then Amy Jackson came in. Did you have to re-do the characterization?
No, I didn't have to do anything different. Also, as for the change in heroine, it is a normal process in the industry. It has happened hundreds of times before when actors have changed. This is not the first time; this is not the last time either.

Rowdy Rathore stays on to be yours and Akshay's biggest grosser till date. Did that play in your mind when you were directing Singh Is Bliing since it is expected that you would repeat the feat?
When I shoot for a film, I don't keep things like that in mind. All you can do is work hard and treat every film of yours as if it is the first.

That said your last film Action Jackson didn't cover much distance. Were you too disturbed by its underperformance or just moved on?
Well, I was disturbed for a while and then moved on (laughs).