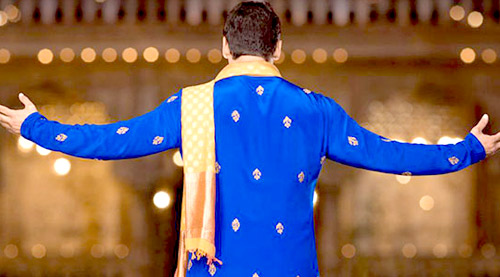 It's a well-known fact that music is an easily available source of entertainment on varied platforms and mediums for the masses. Also, it wouldn't be wrong to make an

assumption that more than eighty percent of India's population is inclined towards music and Bollywood occupies a major chunk of musical content in the country. Films have often seen a trademark

increase in their box office collection owing to the popularity of the music and filmmakers, too, pay special attention to this section.


From roping in big names from the industry to ensure better profits for their films, every producer also wants a huge music company to be associated with it and the music rights of big budget films

especially the ones starring superstars are often sold out exorbitant prices. For example, we heard that the makers of the Salman Khan starrer Prem Ratan Dhan Payo were supposed to be sold

to Zee Music. Sometimes, in a desire of upmanship, producers often announce inflated music rights prices which lead to unrealistic expectations that can endanger the profit-earning sources of music

companies. (Later, it was revealed that Zee Music was just in discussion for the music rights of Prem Ratan Dhan Payo but it was later acquired by T-Series for reportedly Rs. 12 crores. And

in the same deal with Fox Star Studios, music rights of MS Dhoni - The Untold Biopic were acquired by T-Series for Rs. 5 crores.) While quoting such whopping amounts, producers need to be

aware that music companies find it difficult to earn profits in comparison to the amount they spend. The fact that producers spend quite a lump-sum whilst shooting songs cannot be overlooked.

However, it is also important to realize that music is easily available at almost no cost for the masses which affects the profit share of even the biggest music companies. One of the major reasons

for the price hike according to Kumar Taurani of Tips Industries Ltd. is competition. He says, "India is a market for two or three players but four or five (huge) players are still active. It's a

competitive market and if a producer is getting a high price of music rights then why won't he take it. When it comes to big films (like Prem Ratan Dhan Payo) there are more than one buyer

and they have to bid. Whoever bids more will get it. It's all about demand and supply and quality products are few."


For example, it was being said that the music rights of Dilwale was sold at whopping Rs. 20 cr, however, in reality, it has been learnt that the acquisition price was Rs. 16 cr. Despite the

difference of Rs. 4 cr, music companies still find it difficult to afford even this sum, courtesy, the free availability of music. Though the massive digital platform contributes to 40% of the

income earned by music companies, the free availability of musical content on various sites prove to be a major hindrance.


On one hand, the digital platforms are growing stronger and evolving with each passing day, but on the other, we have the Indian audiences who refuse to pay for musical content since it is easily

available for free. Unlike the west, masses here still find it difficult to pay money for digital music content and sites and apps often resort to providing free music. However, Kumar Taurani

buying music at a cost, they have to think through their recovery model."


As stated previously, the discussion with Kumar Taurani and the facts clearly mention that music companies are currently walking on a tight rope defined by producers and cut-throat competition. A

realistic approach towards making deals that can benefit both parties needs to be adopted in order to help music companies. While they do earn profits, it is slower and such high price deals will

only further delay the profit making process. In other words, if this condition continues, it can lead to music companies incurring heavy losses, thus leading to the downfall of the music industry.

3 Years of Manto: “Working with Nawazuddin…