The Ambanis are ready for yet another dreamy and grand wedding of the year in their family. After their daughter, Isha Ambani married Anand Piramal, their eldest son Akash Ambani is all set to tie the knot to Shloka Mehta in the chilly snowy weather of Switzerland. Everyone has flown to Switzerland. Many VVIP and VIP guest are reportedly in attendance to participate in all the pre-wedding festivities. The tinsel town of Bollywood is being flown to Switzerland’s Saint Moritz to attend the functions of 'Aku Stole The Shlo' wedding. 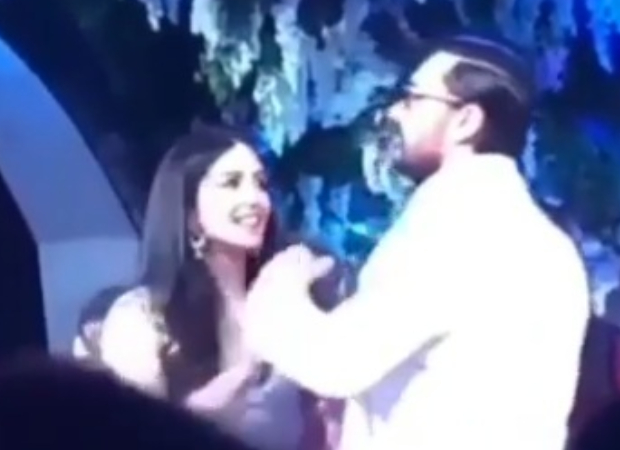 While last night was all about performances from Coldplay and The Chainsmokers, they also had sangeet ceremony where many chose to perform. Aamir Khan, who is attending the ceremonies with wife Kiran Rao, was seen onstage interacting with Mukesh Ambani and other guests which picking his side. It was all about the bride and groom side. So which side did Aamir Khan pick – Ladkiwalas or ladkewalas? Aamir chose to side with the Mehtas as he has been friends with Russel Mehta and Mona Mehta for over 20 years now.

Just a night ago, the guests were entertained during the musical night as the stars of the night Akash Ambani and Shloka Mehta enjoyed the performances. Coldplay's Chris Martin performed some of his hits as the audience enjoyed it thoroughly. Meanwhile, the duo Drew Taggart and Alex Pall entertained the guests with their performances including one of their hits 'Paris'. Ranbir Kapoor and Alia Bhatt were seen enjoying their performances in the videos that were shared on social media.

ALSO READ: Akash Ambani - Shloka Mehta Wedding: COLDPLAY and THE CHAINSMOKERS bring the house down with their performances in Switzerland