Director Aanand L Rai is known to deliver interesting characters that stay etched in the memories of the audience. After impressive characters in his films like Tanu Weds Manu, Raanjhanaa, Tanu Weds Manu Returns amongst others, Aanand L Rai is all set to present Zero starring not just an outstanding cast – Shah Rukh Khan, Katrina Kaif and Anushka Sharma and super talented supporting cast but also intriguing special appearances. 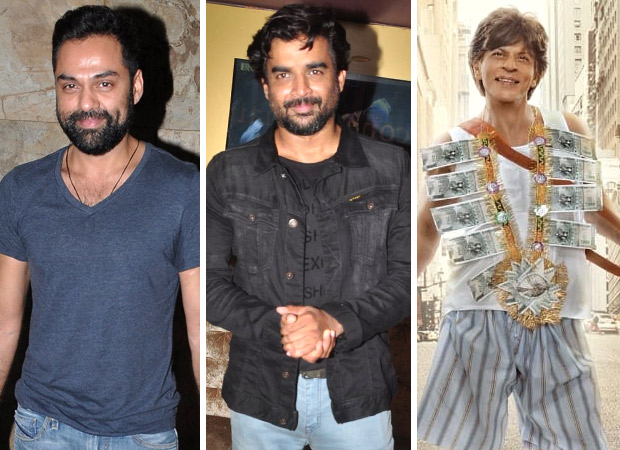 R Madhavan and Abhay Deol will be seen adding to the remarkable performances of the film with interesting characters. However, details of the same are yet undisclosed. R Madhavan, who has earlier worked with Aanand L Rai for the successful franchise of Tanu Weds Manu, would be seen in a special appearance playing an important part of Aafia aka Anushka Sharma's life. While not much has been revealed of Abhay Deol's character, the actor will collaborate with the director again after Raanjhaana for a special role.

Zero showcases Shah Rukh Khan as the vertically challenged Bauua, Anushka Sharma as Aafia, a girl who is a scientist living with cerebral palsy and Katrina Kaif as a Bollywood Superstar named Babita Kumari. Zero, a Christmas release is one of the most anticipated movies of the year.