Parineeti Chopra and Sidharth Malhotra are all set to reunite back on screen with their upcoming film, Jabariya Jodi. Based on a real-life practice that is prevalent in Bihar and in some parts of Uttar Pradesh, the concept here is that eligible grooms are kidnapped by the bride's family and are forced to get married in order to avoid paying dowry. Since marriage is considered to be sacred, it is highly unlikely that the grooms would try to get the marriages annulled. The practice has been around for decades and Jabariya Jodi takes an interesting, quirky take on the concept of Pakadwa Shaadi or Jabariya Shaadi. 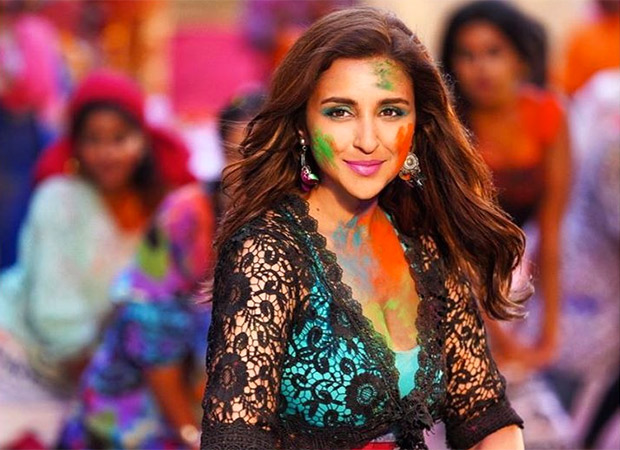 Both Sidharth and Parineeti will be donning a never seen before avatar for the film and their fans are thrilled it see how it goes. The fans' wait finally comes to an end today and the trailer will be out soon and just before they head for the launch, Parineeti shared a colorful still, most probably from one of the songs and captioned it, “Its timeeeeee ???? #JabariyaJodi” We can clearly see how excited Parineeti is for the launch. Take a look at it.

Portraying rustic characters for the first time, Sidharth and Parineeti surely had a gala time during the shoot. The movie is directed by Prashant Singh and is produced by Ekta Kapoor, Shobha Kapoor, and Shailesh R Singh. All set to release on August 2, we can’t wait to see these two create magic on screen after 5 long years.