Bollywood actor Abhishek Bachchan often replies to tweets from fans which he finds amusing, reflecting on his humorous side. The Guru actor once again impressed us with a witty reply to a tweet. On Friday, a fan shared a screenshot of the Abhishek Bachchan's lookalike from the trailer of the film Marjaavaan and wrote, "Good to see Abhishek Bachchan in a movie after a long time." 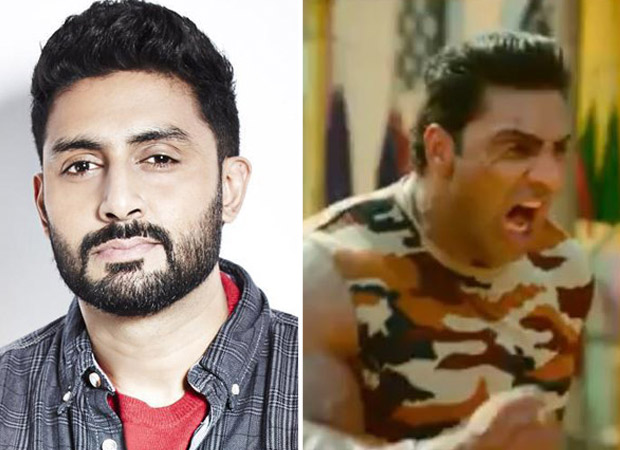 Abhishek Bachchan who noticed the tweet replied to it with his signature humour. He wrote, "Thank you. Went full beast mode in the gym for this one." However, the actor also clarified that the man in the video is not him and wrote, "Jokes apart. That’s not me! But wish the entire team of #Marjaavaan all the best. Looking great."

Thank you! Went full #beastmode in the gym for this one. ????
Jokes apart. That’s not me!
But wish the entire team of #Marjaavaan all the best. Looking great. @Riteishd @SidMalhotra @zmilap @nikkhiladvani https://t.co/YIySCIt7hJ

Meanwhile, Riteish Deshmukh who plays the antagonist in Marjaavan took to Twitter to respond to Abhishek Bachchan's tweet. He wrote, "Thank you my big brother. Love you." Riteish and Abhishek have worked together in films like Bluffmaster and Housefull 3 and the two share a great bond off the screen.

The trailer of Marjaavan released on Thursday and it also features, Sidharth Malhotra, Rakul Preet Singh, and Tara Sutaria. Directed by Milap Zaveri and co-produced by T-Series and Emmay Entertainment, the film is slated to release on November 8.

On the other hand, Abhishek Bachchan who was last seen in Anurag Kashyap's film Manmarziyaan has begun shooting for the film titled The Big Bull produced by Ajay Devgn. The actor has also signed a movie titled Gulab Jamun in which he will be co-starring with Aishwarya Rai Bachchan.

Also Read: Abhishek Bachchan reveals the first poster of The Big Bull and it looks kick-ass!