Actor Irrfan Khan recently wrapped up the shoot of his film Angrezi Medium, which is a sequel to his 2017 film Hindi Medium. The actor, who had been diagnosed with cancer in 2018 and was being treated in London since early 2018. The actor was recently spotted at the Mumbai airport, sitting on a wheelchair with his face covered. Now, in an exclusive conversation with Bollywood Hungama Irrfan Khan’s friend and filmmaker Anup Singh spoke about the actor's health. 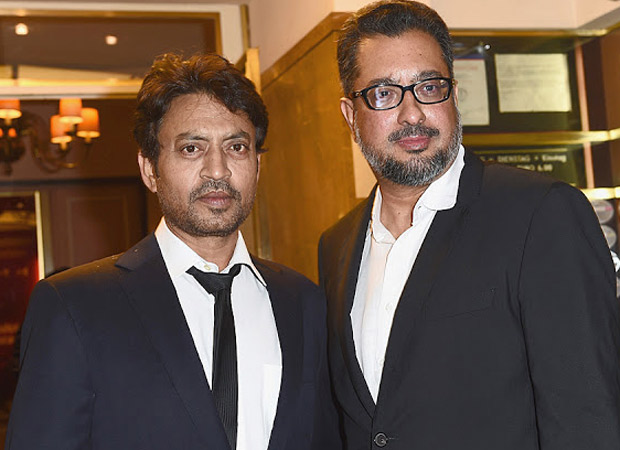 When asked about Irrfan Khan’s recovery, Anup Singh said, “The movie (Angrezi Medium) took a lot from him. It demanded a lot and he gives his 100 percent however ill he might be. He told me he enjoyed very much. He had an operation after the movie that did have an impact on him physically, but he is going to rise out of it.”

Talking further about Irrfan Khan’s spirit Anup Singh said, “It is heart-breaking to find him physically unable to move and to find him in pain, to find him lost and sometimes in despair. It is heartbreaking to see such a man like this. And then you see something else. Within him an unbroken strength, and then you will see within him a need and a belief that he will return not only to health but he will learn something from his illness and perhaps bring new insight into what it simply means to be a human being and in his performance. I think Irrfan will rise like a phoenix from this terrible illness he has been battling.”

Anup Singh has directed Irrfan Khan in two films. They first worked together in the 2013 film Qissa where Irrfan Khan played the role of a father to four daughters during the time of India's partition. The film explores the father-daughter relationship. The other film the two worked together was The Song of Scorpions which released in 2017. The film is about a man's obsession with a woman who has grown up in a community where the women have the power to heal a scorpion's bite by singing to the wounded.