Aamir Khan and Kiran Rao's relationship and professional responsibilities have been unaffected by their divorce. The ex-couple is currently in Jammu and Kashmir, where they are wrapping up filming for their upcoming film, Laal Singh Chaddha. 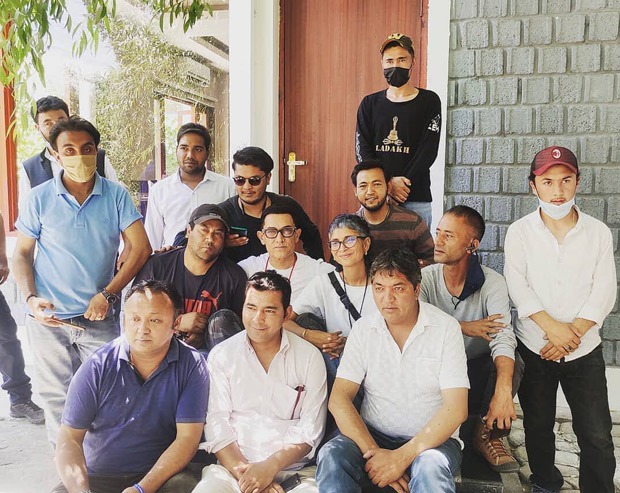 One of Aamir Khan's fan accounts posted a picture on Instagram. Aamir and Kiran are seen posing for a photo with a group of people in the photo. Aamir and Kiran also conducted a news conference at the venue, where they spoke about their experiences working in Kargil.

In another image, the Perfectionist of Bollywood was seen celebrating the birthday of a crew member. Aamir and Laal Singh Chaddha director Advait Chandan were photographed feeding a slice of cake to the birthday boy.