Actor Aamir Khan recently filmed a dance number for actor-friend Amin Hajee’s directorial debut, Koi Jaane Na. The actor flew to Jaipur pausing the Laal Singh Chaddha shoot in order to make a cameo in his friend’s film. In the song, Aamir Khan is paired opposite Elli AvRram in the song. 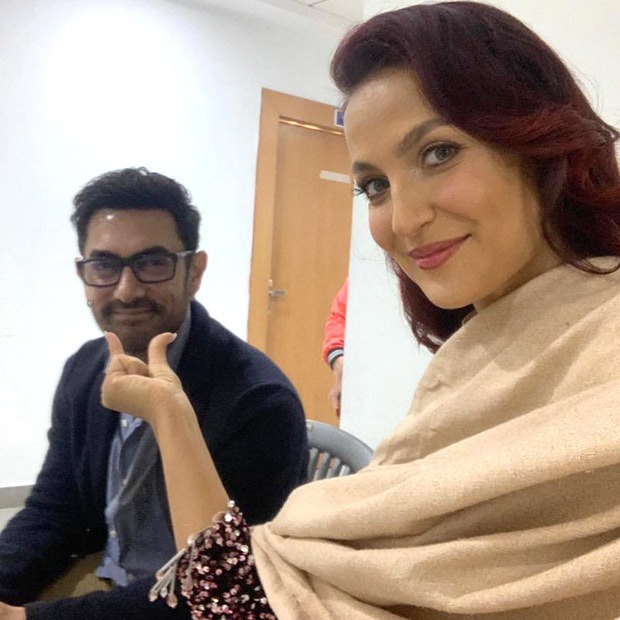 Elli AvrRam shared pictures from the shoot and wrote, “Blessed to have worked with the most warm-hearted, humble, kind and supportive @_aamirkhan thank you for being you.”

The song has been composed by Tanishk Bagchi and written by Amitabh Bhattacharya. The number is choreographed by duo Bosco and Caesar.

ALSO READ: Aamir Khan strikes a pose with the crew as he shoots a song in Jaipur for Amin Hajee’s film