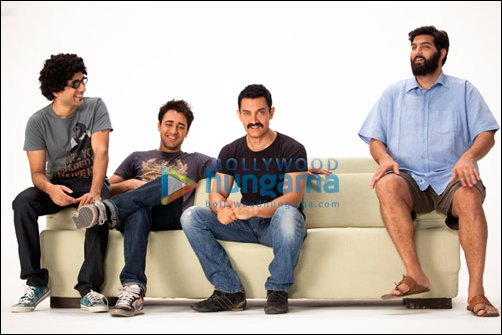 It's been almost three years since Imran Khan made his memorable debut on the big screen with Jaane Tu... Ya Jaane Naa under the mentorship of his uncle Aamir Khan. But till date, one thing that everyone has been waiting for is to see the Mamu-Bhanja duo share screen space together. Looks like the wait is about to get overâ€¦

Aamir and Imran have recently shot for an interactive promo for their much talked film Delhi Belly along with the two co-stars Vir Das and Kunaal Roy Kapur. Those who have seen the promo say that it is an extremely funny verbal exchange amongst the four.

A unit member quoted, "The promo is like a conversational interplay between the actor-producer and the three guys of Delhi Belly. Aamir starts off by talking about his role as a producer and then goes to introduce the actors."

This is the first time Aamir Khan has created a special promo for his production venture and what makes it even more special is the fact that the promo has been directed by Aamir himself.

Delhi Belly meanwhile releases all over on 1st July, 2011.

"I had to work on my diction and ensure that…