Last Updated 26.11.2022 | 2:12 PM IST
feedback language
follow us on
Bollywood Hungama » News » Bollywood Features News » Aahana Kumra on Khuda Haafiz – “I spoke Arabic in the film and also did action both of which I never imagined that I would do”

Aahana Kumra was last seen in Khuda Haafiz where she essayed the role of Tameena Hamid. Now, the actress is super excited and looking forward to the world television premiere of Khuda Haafiz airing this Sunday on Star Gold at 12 pm. 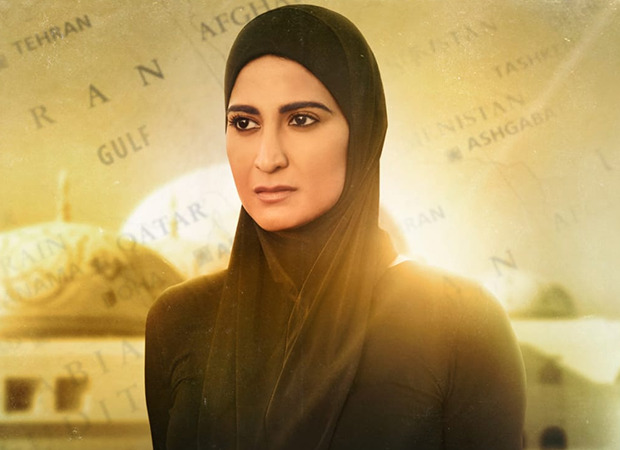 Talking about the film, she shares, “For me, it was really one of the most challenging yet most fulfilling opportunities to play the character of Tameena Hamid. Firstly, I spoke Arabic in the film and also did action both of which I never imagined that I would do. When I met director Faruk Kabir and he told me I would have to do hand to hand combat in the film, I didn’t understand much until I started training for it in Uzbekistan.”

Aahana was the last person to come on board for Khuda Haafiz, she further adds, “As I was the last person who got cast, I didn’t have too much time to brush up on my Arabic. I sat with my tutor every day for a week before I flew to Uzbekistan for the shoot. I recorded everything he spoke so that I got my pronunciation and diction right.”

Aahan Kumra was applauded for her action scenes in the film. Talking about her intense training with action director Andy Long she adds, “Before we got to the action sequences, we use to work out and train together every day after shooting. It was definitely challenging to perform action sequences in the cold temperature of Uzbekistan that we were shooting in.”

Happy with the love the film got her, she adds, “I take immense pride in playing the character of Tameena, and I think it was very well received by the audience. Coming from a proud family of officers; my mother herself is the Deputy Superintendent of Police, I have always been around strong women who don’t take no for an answer. I think because of that upbringing, I have that kind of value system in me which helps me play such parts well. I am only too glad that Faruk Kabir, the director of the film considered me playing a lady officer.”

The romantic action thriller Khuda Haafiz stars Vidyut Jammwal as an Indian man named Sameer. Aahana’s character meets Sameer who is searching for his missing wife in a foreign land.