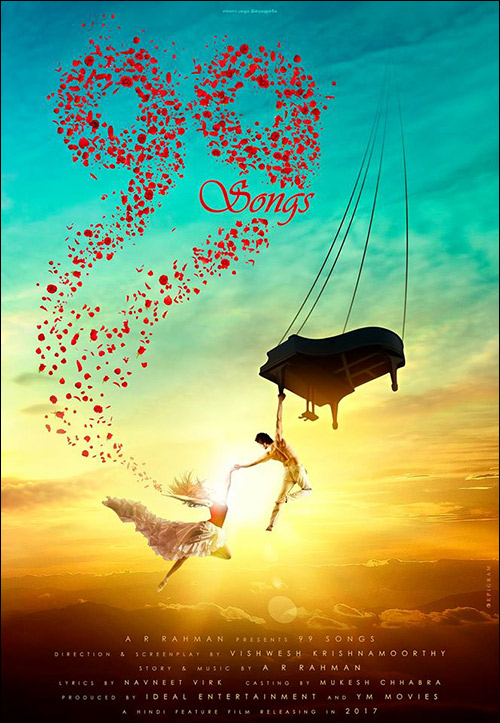 After having become synonymous with composing melodious and mellifluous music, the music maestro A.R. Rahman is now all set to take the plunge into script writing and movie production (under his banner of YM Movies), with his new film 99 Songs. Although the details about the film's lead pair are still under wraps.

Speaking about the same, he tweeted the film's first poster stating "With your support & good wishes, I'm pleased to share my movie's first poster!"

While the film is being directed by Vishwesh Krishnamoorthy, it is expected to go on the floors by the end of the year.