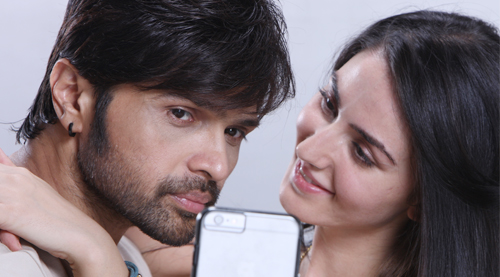 Director Shawn Arranha who is excited about his upcoming film Teraa Surroor, spoke about the lead pair of the film saying, "Himesh and Farah share a very friendly off

screen chemistry which has translated into some scenes turning out to be very romantic and intense."

"The chemistry of Raghu and Tara is very important to work as their love story, which is driven by a conspiracy, goes through a lots of dynamic emotions in the film. Even though the film is an edge

of the seat escape thriller, the crux of the movie is a romantic drama layered with thrills and action set in Dublin. The thrill element in the film will only work if the love story works and I'm

very happy with the pairing of Himesh and Farah. They are looking stunning in each frame and have performed very well irrespective of whether they are songs or intense romantic scenes. There are

such legends in the films like Naseeruddin Shah, Shekhar Kapur and Kabir Bedi who are brilliant as always. But Himesh and Farah have also done a brilliant job," added Shawn.

Further, he also stated, "The producers have already recovered the film's cost through sale of music, satellite and other rights. I'm equally confident that the audience will thoroughly enjoy this

edge of the seat entertainer right from the word 'go' owing to some great performances and the pace of the film. I can proudly say that I'm very happy with the product."

The music given by T-Series and HR Musik has gained momentum and Teraa Surroor is slated to release on March 11.