Aamir Khan and Anushka Sharma starrer PK is one of the biggest blockbusters and most celebrated films in the history of Indian cinema. As the film completes 7 years today, we take you back to the interview with Rajkummar Hirani during the release of the film. During the interview, he explained in detail how the first draft of PK was dropped after he and his co-writer Abhijat Joshi saw the Hollywood film Inception. He also had talked about PK's comparison with the Paresh Rawal film OMG Oh My God. 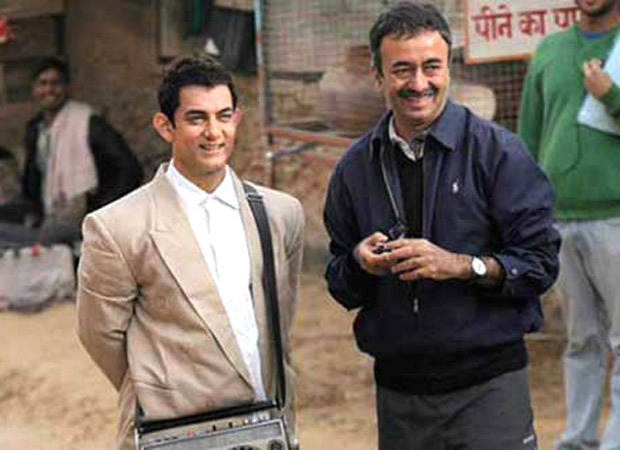 7 years of PK: Rajkumar Hirani reveals an alternate ending of PK; opens up on being compared with OMG Oh My God

Rajkumar said, "We started writing this film in 2009 while 3 idiots was finishing. So, since then we decided that we want to make this film. A few months before that we conceptualised the basic idea of it that this is what we'll say and we'll say it through the eyes of an alien. At that time, there was no OMG. We wrote for a year and we were very happy with the script and then came to a film called Inception. There was another second half to the film and not this which is currently there. In that part, the PK used to fall in love with a girl very early in the film with Anushka. In the story, he goes to Anushka's father who asks him his name and he had nothing to answer as he was an alien. He then sees a newspaper in which Sarfaraz is written and he randomly picks it as his name. Hearing this, the girl's father gets annoyed at her saying how could you get a Muslim guy in the house.

He added, "He doesn't understand what the name is and the girl explains to him that there is a thing called religion that exists. He doesn't understand and questions the naming according to the religion. The alien thinks about how does the construction of letters makes somebody Hindu or a Muslim. The girl then tells him that something happened with her father during the partition and they migrated to India from Pakistan so, he hates that community. He then tries to understand it and concludes that we are the sum total of what we believe, of our conviction and experiences of life. he had the power that by holding hands he can change the perception or thought of someone."

He further also added, "So, we wrote a funny plot in which using his power he changes the experience of father's mind. So, then came Inception and I was sitting in the theatre watching it that this is the same film and our entire 1 year of hard work goes waste. So, we thought to alter the story and we'd have faced copy issues. So, we changed its second half. In that second half, after the police station scene which is still there in the film, he files a case against the god that he didn't return his money. We narrate this story to Abhijat's brother Saumay who knows Umesh Shukla ( the director of the play). When he heard the story, he mentioned that the play 'Kanji Viruddh Kanji  had the same story. Abhijat went and saw the play and it had exactly the same thing. So, we decide to not go in that route as well as it'd be problematic."

He also revealed, "Then I got to know that Paresh Rawal is doing the same play in Hindi as well. Later, I got to know that a film is also being made also out of the play and also understood that they'll finish before us. We decided that when we have already gone on the way, so we should go ahead with the film too anyhow. We tried making it as different by keeping in mind and emphasising the communal harmony. So, the films ( PK and OMG Oh My God) are kind of the same but yet their approaches are different. We had the option of dropping the film but we didn't do that as we had already worked so hard for it."

ALSO READ:7 Years of PK: Rajkumar Hirani reveals the final scene of the film featuring Aamir Khan and Ranbir Kapoor was shot just a month before the film’s release