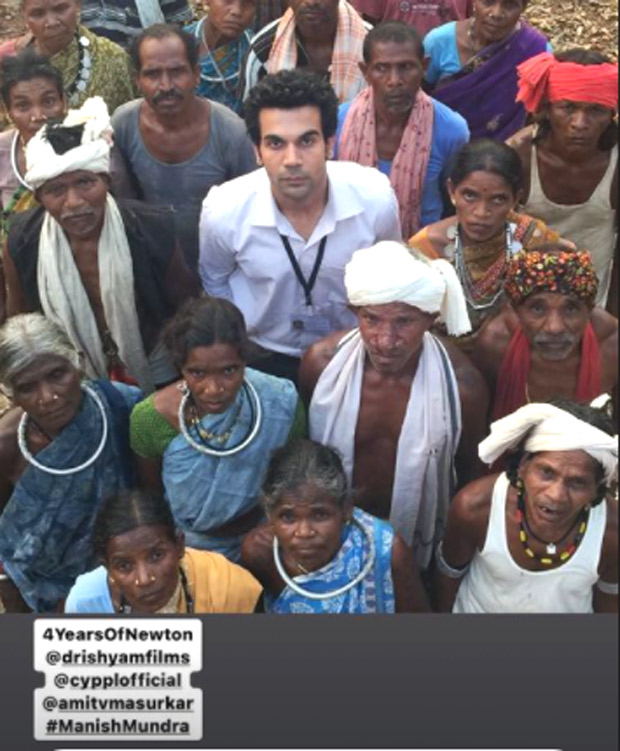 Newton is included in one of the finest performances of Rajkummar. The actor took to his instagram account and shared a throwback photo from Newton on his story to mark the day tagging producer Manish Mundra and his production house Drishyam Films. He wrote, “4YearsofNewton.”

Rajkummar Rao celebrated his 37th birthday on August 31. His beau, Patralekhaa shared a loved-up picture with him on Instagram, captioning, “Happy Birthday @rajkummar_rao. You know what you mean to me. I always wish that you out do yourself in every character that you play because I know that’s what you wish for yourself. Thank you for being rock solid through this difficult period. I love you.”

On the work front, Rajkummar Rao has several projects lined up, including Second Innings, The Last Rave and Monica, O My Darling.