After being known as the daughter of actors Saif Ali Khan and Amrita Singh, four years ago, Sara Ali Khan marked her debut in the Hindi film industry. And, since then, the actress has managed to impress the audience with her performances. As today, her debut film, Kedarnath, turned four, the actress and director Abhishek Kapoor got nostalgic and went down memory lane. 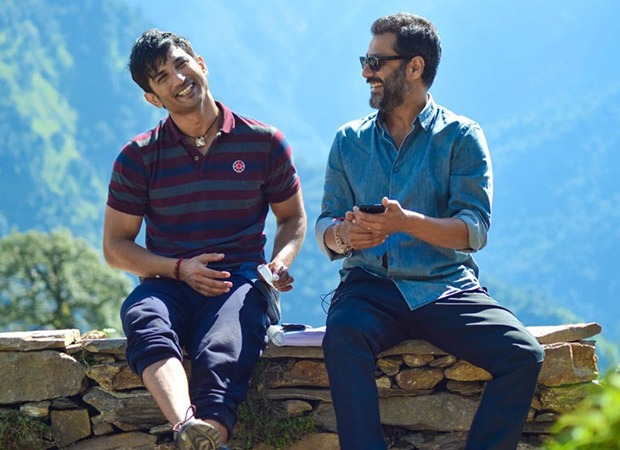 Interestingly, the Bollywood actress took to her verified social media handle and shared a bunch of throwback photos from the sets of Kedarnath, on Wednesday evening. The photos featured the crew members of the film along with lead actor Sushant Singh Rajput. “4 years ago my biggest dream came true. It still feels like a dream and now perhaps always will,” wrote Khan in her caption followed by a few red-heart emojis.

Her note further read, “I’d do anything to go back to August 2017 and shoot every scene of this film again, relive every moment again, learn so much from Sushant about music, films, books, life, acting, stars and the sky, witness every sunrise, sunset and moonrise, listen to the sound of the river, enjoy every plate of Maggi and Kurkure, wake up at 4am to get ready, be introduced and directed by Gattu sir, and just be Mukku all over again.” She called her experience of shooting for the film “a lifetime of memories.”

Concluding her note, she added, “And as the full moon shines bright tonight, I know Sushant is up there right by his favourite moon, shining like the bright star he always was and always will be / From Kedarnath to Andromeda.”

On the other hand, director Abhishek Kapoor said, “The movie was an adventure from start to finish. While conceptualising itself, we knew we were fighting an uphill battle, but even now thinking about it, the sheer grit, passion, and devotion it took to make it, sends shivers down our spine. I am extremely grateful that we made it and that I got the opportunity to work with Sushant again and experience the force of pure energy that he was. I really do believe Mansoor was one of Sushant’s finest works,” in a statement.