During the promotions of her last release, Phone Bhoot, actress Katrina Kaif had revealed that she doesn’t get to spend much time with Vicky Kaushal. Elaborating her take on the same, the actress had added that the duo is unable to spend some time together because of their shoot schedules. However, it seems the star couple had finally got some time off ahead of their first wedding anniversary as they are holidaying in the mountains. 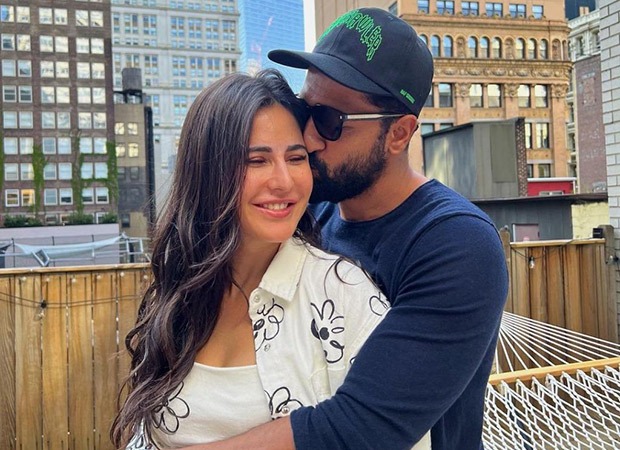 Interestingly, on Wednesday evening, Katrina took to her verified social media handle and shared a bunch of self-portraits, clicked by Vicky. Kat looked beautiful sporting a simple yet attention-grabbing look. She wore a floral-print sweater teamed up with a pair of denim. While keeping her sleek hair open, the actress opted for a minimal make-up look.

Talking about the photos, the Bollywood diva can be seen posing for the camera with a picturesque view in the background. Instagramming the multiple-photo post, the actress wrote, “Pahadon mein (in the mountains).” She also added a camera emoticon and wrote “Husband”.

Shortly after Kat shared the photo on her Instagram feed, many from her 69M Insta fam reacted to the post. “Lucky Kaushal,” wrote a fan while another commented, “this is so beautiful.” Meanwhile, a section of fans flooded the comments section with red hearts, heart-eye and fire emoticons. On the other hand, a few of them wished the duo their wedding anniversary as they will be celebrating their first anniversary on December 9.

For the unversed, Katrina and Vicky tied the knot last year on December 9 in a dreamy wedding held in Rajasthan. Coming to their professional front, Katrina was last seen in Phone Bhoot and will soon start working on the third instalment of the Tiger franchise. Talking about Vicky, he is gearing up for his upcoming film, titled Govinda Naam Mera, which is slated to release on December 16.