Ranveer Singh has been basking in the success of his recent release, Simmba helmed by Rohit Shetty. The film has already crossed 200 crore mark at the box office. The actor had a tremendous 2018 starting with the massive success of Padmaavat which starred him as the menacing Sultan Alauddin Khilji. The Sanjay Leela Bhansali received accolades but Ranveer clearly stole the show with his villainous role. 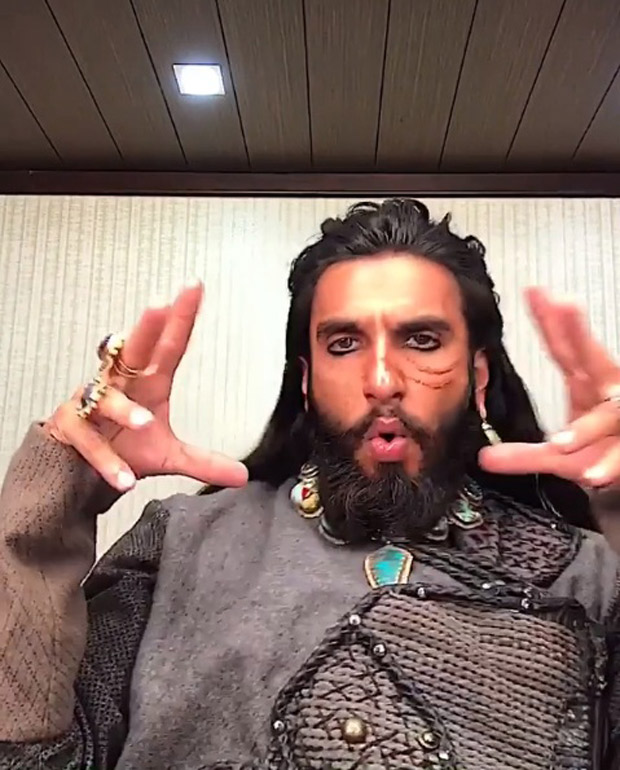 Today, the cast is celebrating one year of Padmaavat. On this special occasion, Ranveer Singh shared a behind the scenes video from his trailer when he was shooting for the film. The actor is in complete look with long hair, royal outfit, the hazel eyes and surma under his eyes which makes him look daunting. And he is grooving to the beats of 'Makeba' by Jain. He wrote, "Bad Man having a Good time ???? ALAUDDIN CHILL-JI #throwback #khilji #1yearofpadmaavat."

Not only Ranveer, Aditi Rao Hydari, who played Khilji's first wife Mehrunissa, too shared memory from the filming. She captioned the photo, " experience and a dream come true that I’ll never be able to put into words... thank you #SanajaySir for #mehrunissa ♥️♥️♥️♥️♥️♥️ to the epic @ranveersingh @deepikapadukone @shahidkapoor @shobhasant ♥️♥️♥️♥️♥️♥️ And the whole team of #Padmaavat... ♥️ Ps- where is the cake?!"