Last Updated 03.12.2022 | 11:43 AM IST
feedback language
follow us on
Bollywood Hungama » News » Bollywood Features News » 16 Years Of Dhoom: “We were confident at the script stage that Dhoom was an entertainer” – says Vijay Krishna Acharya

Filmmaker Vijay Krishna Acharya is really in a league of his own and here’s why! The writer-director has written and directed the most successful franchise in the Indian film industry’s history – the Dhoom series of adrenaline-pumping films. Viktor, as he is lovingly called in the industry, says his achievements are hugely humbling for him. He reveals that he and Aditya Chopra, the producer of the film, were ‘pleasantly surprised’ with the mind-blowing reaction of the audience towards the first film that spawned the generation-defining franchise for audiences worldwide. 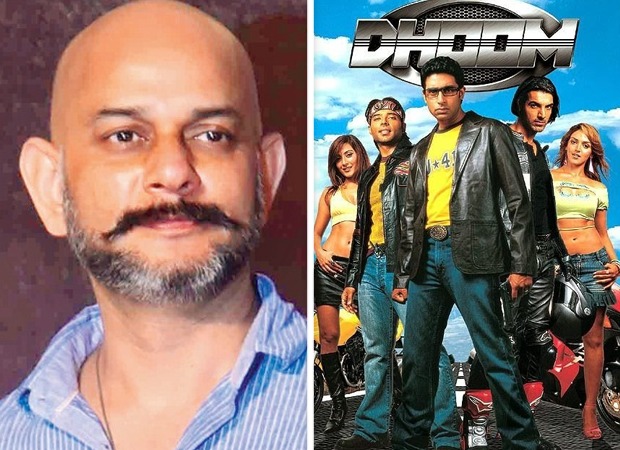 16 Years Of Dhoom: “We were confident at the script stage that Dhoom was an entertainer” – says Vijay Krishna Acharya

Viktor, who wrote the first two films before directing Aamir Khan in Dhoom: 3, says, “Honestly, as a writer, one always looks for appreciation, and I’m often unaware of the commercial aspect of things. I think all films are creative enterprises first and commerce is a by-product of that. But I think we were all pleasantly surprised by the response to the film (the first Dhoom).”

He adds, “We were confident at the script stage that the film was an entertainer, a film which was not taking itself too seriously and perhaps that is what struck a chord with the young in the audience along with the energy of the action and of course 'Dhoom Macha Le' by Pritam! The only person who kind of foresaw the possibility of a sequel was Adi and he wrote me a mail before the release and said, do think about a sequel!”

With Dhoom’s anniversary, Viktor completes 16 years of association with YRF and Aditya Chopra. About his creative collaboration with the studio, he says, “To me, it seems like yesterday honestly. For me, it has always been about the people that I met and the relationships we forged. From the time of writing the first Dhoom, I have found in Adi a great generator and bouncing board for ideas. He is genuinely a creative producer and since he’s a writer and a director himself he understands the struggle of the creative process and the support that a director needs to bring that imagination to life. In a world which is seen as cut-throat and competitive, he has managed to create an oasis of calm.”

Viktor’s idea to have a villain with morality was ingenious because one always roots for the villain to win! He says, “Dhoom is more in an anti-hero world rather than a villain in the traditional sense. In the first Dhoom, the anti-hero is a rebel. Even though he is a thief, his persona is essentially a rebellious one. There is something about youth and bikes and energy, none of which was a planned thing— it just seemed to come organically, instinctively I guess and the bank robbers are essentially cocking a snook at the establishment which unconsciously is a thread that runs through in all the films of the Dhoom series.”

He adds, “The hero is the anti-hero and he is always stepping away from the world of conventional wisdom and rules. He exists outside of it (Dhoom 2) even though he is very much a part of the fabric of society, like Kabir in Dhoom and Sahir in Dhoom 3. The larger than life aspect comes from their exceptional abilities to face and oftentimes create danger for their lives.”

Ask Viktor if directing a Dhoom franchise film is now a pleasure or pressure point for him because of the soaring expectations and he says, “Filmmaking is a healthy and sometimes unhealthy combination of pleasure and pressure. An almost symbiotic existence which like all things dangerous has a unique attraction and thrill.

So, yes, it will always be a pleasure but I’m also aware that it will get tougher with each film to reinvent or rediscover the genre. Having said that, I remember what Adi said once while we were scripting Dhoom 2 that we should never make a Dhoom only to satisfy the franchise. One should make it only if we would have made that film in any event, whether or not it was called Dhoom. So far, I think, we have managed to stick to that principle.”