In an interview recently, the director of acclaimed films like Court (2015) and The Disciple (2021), Chaitanya Tamhane, made an interesting point, “Film direction is 90% management.” To get the job done on the sets, by hook or by crook, is a director’s responsibility and often, this can led to stress and in turn, bad temper. It’s no wonder that most directors are known to be extremely hot-headed. However, many of them don’t release their anger on their actors, especially if they are superstars. But Vidhu Vinod Chopra stands out. He doesn’t look at the stature or stardom while making his displeasure clear. And even Amitabh Bachchan was not spared of his wrath! Vidhu Vinod Chopra reveals about this aspect in the book ‘Unscripted’ written by Abhijat Joshi. 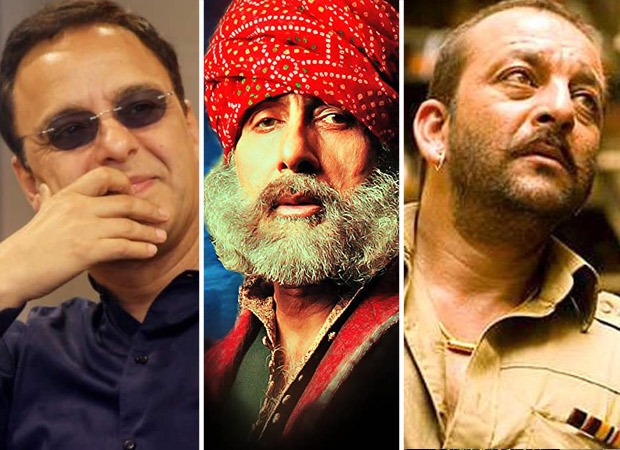 Vidhu Vinod Chopra narrates that he wanted to shoot an important scene in the morning light and this particular shot required Amitabh Bachchan’s presence. However, the megastar got late. Vidhu was upset but let it go. However, this happened on the next day too. On the third day, he lost his cool.

What also added to Vidhu Vinod Chopra's anger was that Amitabh Bachchan's assistant Praveen Jain didn't come to meet Vidhu when the latter called him. On top of that, Pradeep argued with Vidhu and this got him even madder. An enraged Vidhu Vinod Chopra told the production guys to dig a hole so that he could bury Praveen Jain then and there!

Finally, Amitabh Bachchan walked out of his van and arrived on the set. He had heard the commotion from inside. Instead of talking to Vidhu, he went straight over to his wife Aunupama Chopra and asked her, "How do you live with this madman? He's crazy!"

Anupama Chopra started laughing and so did Amitabh and so did even Vidhu Vinod Chopra! Soon, everyone in the unit was bursting with laughter. On a serious note, Big B then told Vidhu that he got late because his make-up takes hours. He also informed him that the make-up guys stink a lot too! Vidhu Vinod Chopra promptly informed the make-up guys to have a bath with Dettol and don white hospital gowns.

The next day, Vidhu Vinod Chopra was informed by his assistant that Amitabh Bachchan had left for the location at 5:00 AM, though the call time was at 6:00 AM. When Vidhu reached the location and asked him the reason for doing so, Amitabh told him, "I don't like to be shouted at, sir. I was playing it safe."

When the film’s shoot got over, Amitabh Bachchan wanted to fly to Mumbai in a private plane. Vidhu, however, had to refuse, citing costs. Amitabh understood and hence he paid for his own pocket when he chartered the plane. He also gave a 'lift' to Vidhu Vinod Chopra and his wife Anupama Chopra.

Similarly, Amitabh's office had asked for an expensive hotel room for the Rajasthan schedule. Yet again, Vidhu politely said that it won't be possible as it would have cost Rs. 65,000 more than the estimated budget. And yet again it was Big B who paid from his own pocket.

So touched was Vidhu with Big B's generosity that later, he gifted Amitabh Bachchan a Rolls-Royce Phantom, then worth Rs. 4 crore.