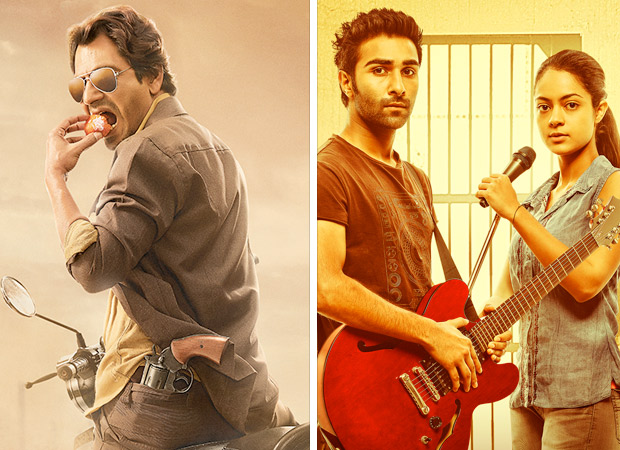 There is a plethora of small films that are releasing this Friday but the ones that are expected to get a fair share of screens are Babumoshai Bandookbaaz and Qaidi Band. While former has the biggest attraction in the form of Nawazuddin Siddiqui, latter is backed by none other than Aditya Chopra. On any other regular Friday, a film like Qaidi Band would have been making the maximum noise. However, that is not the case this time around, what with Babumoshai Bandookbaaz finding more attention coming its way.

There is a reason for that. Not that Babumoshai Bandookbaaz boasts of a fabulous promo which would cut across pan-India. However, Nawazuddin has managed such good credibility around him of late that at least a segment of audience does get excited about catching him on screen. Somehow, his presence in a film is allowing good pre-release visibility at least though it may not necessarily translate into big numbers [Munna Michael].

However, in case of Qaidi Band it has been a situation of doom ever since the First Look came out. Neither the promo nor the songs worked and there is practically zero buzz around the film. In fact it is rather surprising that no effort has been made either to pump in any kind of momentum into Qaidi Band promotion despite the fact that director Habib Faisal is the man in charge. It is as if the film is now being released in a way so that it lives its own life basis how audience receive it post Friday.

All of this means that while Babumoshai Bandookbaaz may still manage an opening day in the vicinity of Rs. 1.50-2 crore, Qaidi Band would be lucky to touch even Rs. 1 crore on its opening day.

Athiya Shetty and K L Rahul give a peek into…