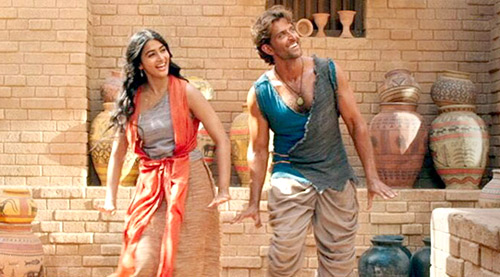 There is no real surprise in the manner in which Mohenjo Daro is currently performing at the Box Office. When the collections fell to Rs. 3 crore levels during the weekdays, it was quite apparent that second weekend won't be able to show any sort of remarkable turnaround. The only thing that is still helping the biggie to some extent is that its numbers are still reading in crores at the least, something that would help the film collect Rs. 10 crore+ in the second week.

This can be seen from Rs. 1.75 crore* that the film managed to earn on its second Friday, hence bringing the sum total to Rs.53 crore. By the time the second week is through, the Ashutosh Gowariker film should have Rs. 60 crore in its kitty. While this, by no means, is a total that would make those who had invested in it celebrate, the fact still remains that tickets worth this amount would have been sold, and that despite an opening day of just Rs.8.87 crore, not so good critical acclaim and word of mouth, as well as heavy competition from Rustom.

This further translates into the fact that despite opinions floating all around, at least, some segment of audience has still given the film a dekko and has come out content. In the time of social media and instant connect with the film's true worth within hours of it being screened in theatres, for Mohenjo Daro to not go terribly down and still have some sort of standing at the least does convey that with better release date, promo and pitch, it could have just about managed to enter into the safe zone at the least, something that it has unfortunately not quite managed to do.