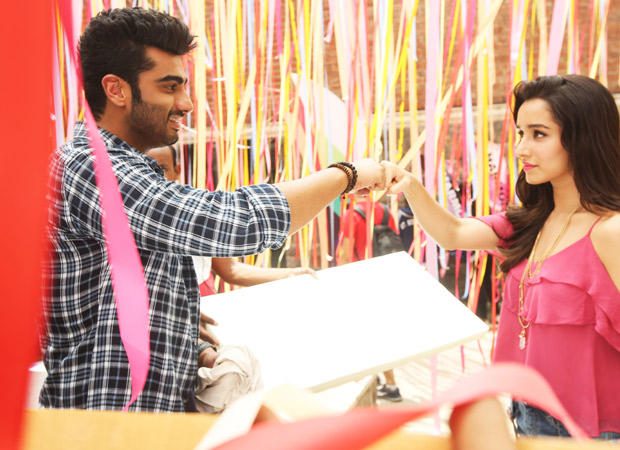 Half Girlfriend has seen a good opening at the Box Office. This is in fact more than two months after the last big opener, Badrinath Ki Dulhania [12.25 crore] that a Hindi film has actually brought some substantial footfalls in theaters. With 10.27 crore coming on the opening day, the numbers are on expected lines as one could see such collections coming for the Arjun Kapoor and Shraddha Kapoor starrer. The vibes were decent to good till the release and with the music working as well, youth was suitably enticed.

For all associated with the film, these are numbers to be happy about. Arjun Kapoor has scored a bigger opener than Ki & Ka [7.30 crore], Shraddha Kapoor can leave the blues of OK Jaanu [4.08 crore] behind while Mohit Suri too can smile easy after Hamaari Adhuri Kahani [5.10 crore].

What needs to be seen though is how well does Half Girlfriend sustain from this point onwards. The reviews for the film have been mixed and though a double digit score on Friday indicates growth over the course of the day, the word of mouth would come into act from today onwards. If the film manages to step into the 12-13 crore zone, it should eventually pull through comfortably.