Badhaai Ho is continuing its celebratory journey as there is no stopping the film. Even though Thursday and Friday were national holidays, the film continued to rise further on Saturday as well. With Rs.12.50 crore more coming in, this is second day in succession for the film to have collected a double digit score. It is no mean feat for the film as so many star driven films too struggle to achieve something like this and here the Ayushmann Khurranna starrer has done that with remarkable ease. What’s all the more exciting for the film is the fact that Sunday would be even higher and that would ensure a double digit score for three days in a row. 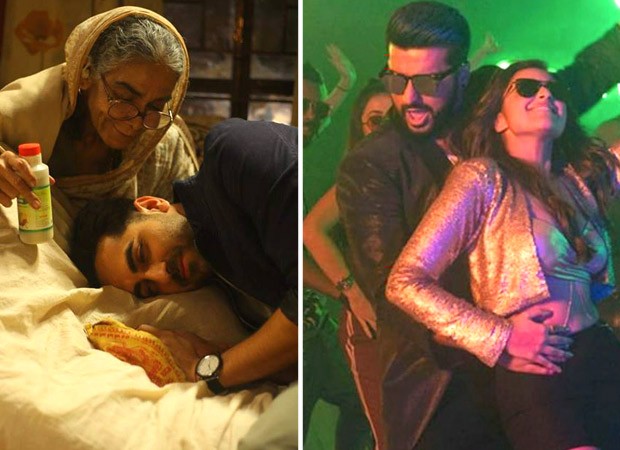 With Rs.31.46 crore in its kitty already, the film is now set for a Rs.45 crore extended weekend which is excellent. The film is now heading for a Superhit status and once the first week collections are through, it would be known if a verdict higher up is on the cards as well.

On the other hand Namaste England is now turning out to be a commercial disaster of sorts with mere Rs.1.50 crore more coming in.  The film is currently standing at Rs.5.25 crore after three days and ideally this should have been its first day collections. It pretty much reflects the kind of disastrous run that the film is having. Other than the fact that the buzz was not there for the film and word of mouth wasn’t conducive either, competition with Badhaai Ho has further played heavy on it. This is going to be one of those rare big budget A grade film which would last a lifetime of a mere one week.