Two movies with similar storylines are set to lock horns at the box office. Ujda Chaman starring Sunny Singh in the lead role is an official Hindi remake of 2017 Kannada film Ondu Motteya Kathe. The trailer was released recently and the makers were marketing it as the first film featuring a bald protagonist. Another film along the same lines is Bala starring Ayushmann Khurrana in the leading. While the teaser was released a month ago, the trailer was unveiled on October 10. The theme of the film is about premature balding and the film has been preponed from November 15 to November 7 now. 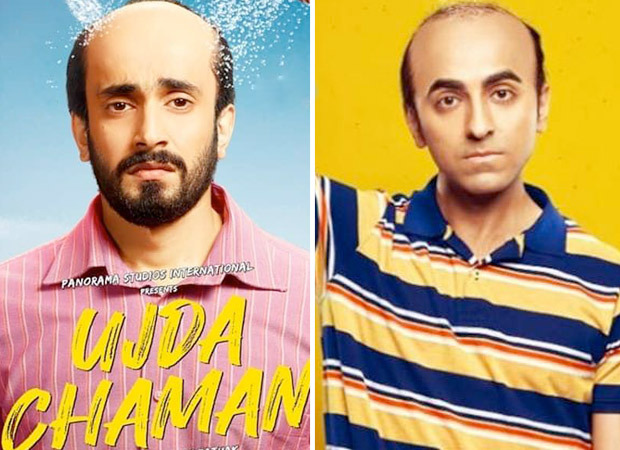 This sudden change in the date has left Ujda Chaman makers fuming. The father-son duo Kumar Mangat and Abhishek Pathak are even considering taking legal action over copyright violation. The film marks the directorial debut of Abhishek.

Abhishek Pathak, who is making his directorial debut with Ujda Chaman, said that he believes that good stories need to be seen by the maximum number of people. His studio Panorama Studios always looks out for such stories. He said that they acquired the rights to Ondu Motteya Kathe in the last quarter of 2018 with the intention to release it this year. He said that his team suggested November 8 and this is how their campaign began.

Abhishek Pathak further said that Bala makers have been changing their release date, from November 22 to November 15 to November 7, which is a day prior to his film. He said that he does not how this will help instead it will harm both films and industry at large. He pointed out that Ayushmann Khurrana is a saleable star at the box office and it wouldn't affect the film. He even claimed the poster design is very similar.

He further stated that the content in the trailer looks very similar and that it seems like it has been taken from the original Kannada film. He said that he has the original rights and that the makers of Bala have tried to maneuver certain things like in the original movie, there's a girl selling hair products to bald men whereas, in Bala, Ayushmann is selling products to dusky girls.

Speaking of going the legal way, Abhishek Pathak stated that they are discussing with their legal team and will take action in few days since it is clear case of copyright violation. He said that he can understand two films around bald characters releasing in short span of time but there are many striking similarities between the two films.

The statement released by Dinesh Vijan's team read, "Bala has been in the works for several months now as it has been widely reported in the press. The film is very close to our hearts as a project because we want to meaningfully contribute to the conversation on challenging social themes of our times, like the widespread stigmatisation of baldness and dark skin. If there are multiple films that deal with one of these themes, it is all the more variety for the viewers to choose from which can never be a bad thing. It’s quite unfortunate if someone, especially a fellow filmmaker, sees this as anything but a positive for audiences. Maddock stands firmly by the originality of its film, and will back its project all the way, including through legal recourse if need be."