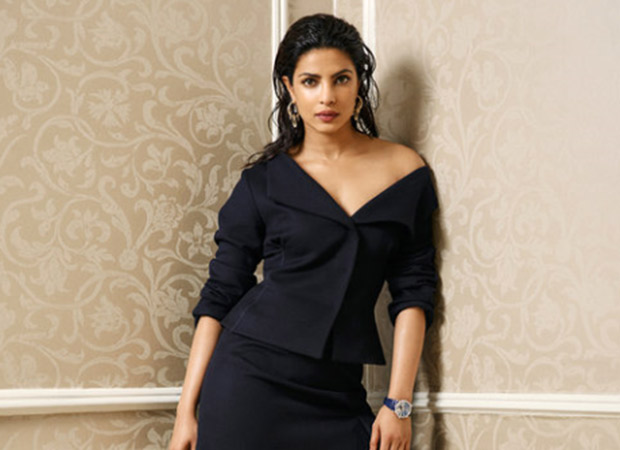 We all are aware of how passionate Priyanka Chopra is about her regional ventures. In one of a kind move, the former beauty queen and actress decided to break the norm by branching out and turning producer to many regional films ranging from Marathi to Nepalese languages. While her much ambitious Sikkimese-Nepalese film Pahuna is all set to go on floor soon, her mother Madhu Chopra recently revealed details about two other films which are in the pipeline.

One amongst them is set in the backdrop of Goa and is said to be bilingual in Konkani and Hindi. While most of PC’s previous films as a producer have been on varied genres, this time around the actress, we hear, is planning on making films that celebrate childhood and women. Her next Goan project, titled Little Joe, Kahan Ho? will be directed by debutant Suvrata Nasnodkar and is said to be light-hearted drama that is a tribute to legendary cartoonist RK Laxman. It will also view the cartoons created by yet another veteran, Mario Miranda through the eyes of children. Talking about the film, Madhu went on to add that the film will explore the real essence of Goa and will even comprise of many Portuguese songs.

The other films in the slate include one that is set at the backdrop of UP, around the eternal symbol of love – Taj Mahal. Titled Almaseer, the film is directed by debutant Laura Mishra and will explore the emotional tale of love between a boy and his dog. It is also said that the film will have cultural references considering the beautiful history behind the city of Agra. Madhu Chopra also mentioned that talks are on for an Assamese film and that they are planning to produce a film by next year.

On the other hand, their Sikkimese-Nepalese film Pahuna will be directed by Abbas Tyrewala’s wife Paakhi Tyrewala which is about the journey of three children who get separated from their parents whilst travelling from Nepal to Sikkim, set at the backdrop of Maoist agitation.