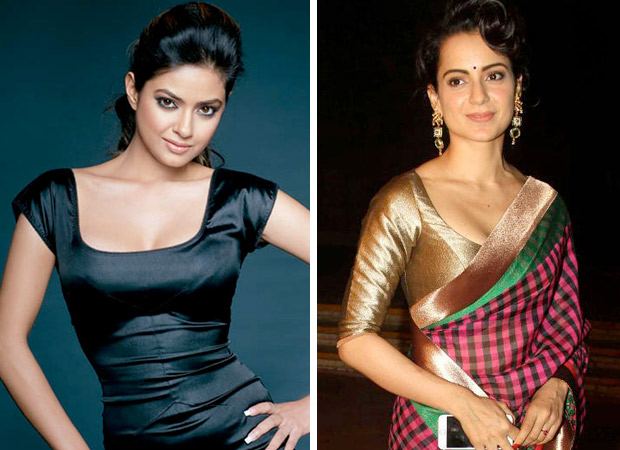 The ‘Aap Ki Adalat’ episode featuring Kangana Ranaut that was aired on September 2 went viral in no time. After all, the actress hit back at her lovers-turned-foes like Adhyayan Suman, Aditya Pancholi, Hrithik Roshan etc like never before. While a section of audience and media praised her for her fearlessness, there were many who accused her of raking up old issues to garner publicity for her film Simran, which released on September 15.

From the industry, not many came out to talk openly against her. But celebrities like Sona Mohapatra, Farah Khan etc did speak against her. And now, Meera Chopra too has made it clear that she doesn’t support Kangana Ranaut. She posted a tweet on September 14 that read, “#KanganaRanut I really love u as an actress but your personal life saga is getting too much now! High time u stop and let your movies talk!” Incidentally, Meera is the cousin sister of Priyanka Chopra, who has worked with Kangana Ranaut in the much loved 2008 film Fashion.

Meera Chopra is working in films since 2005 but she has mostly done movies down South. In Hindi, her first film was Gang Of Ghosts in 2014, co-starring Sharman Joshi, Parambrata Chatterjee, Mahie Gill, Anupam Kher and Asrani. It was the remake of the popular Bengali film Bhooter Bhabishyat. Sadly, it failed at the box office. Her next release was the 2016 horror flick 1920 London.