It is a known fact that post Manikarnika, Kangana Ranaut kicked off Mental Hai Kya with Rajkummar Rao. The actress will be seen in completely diverse roles in both of them. And now, the actress will be playing yet another new character for the forthcoming Ashwiny Iyer Tiwari directorial, that of a Kabaddi player. Considering the immense prep that undergoes to essay the role of a sports champion, Kangana is said to start the same in the next few months. 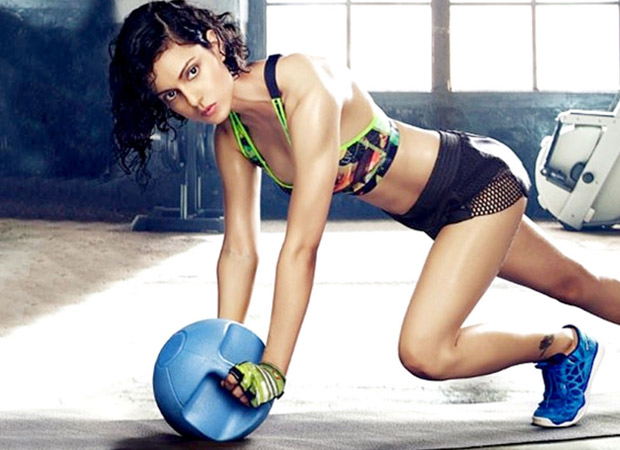 If recent reports are to be believed, Kangana Ranaut may kick off the prep for the next Ashwiny Iyer Tiwari directorial. Although the film is expected to go on floor in October, the actress wants to start it earlier itself. In July, after wrapping up Mental Hai Kya and patchwork of Manikarnika - The Queen of Jhansi, the actress will start attending workshops with the filmmaker. Not just that, amidst other commitments, she has allotted 15 days in August to prep and understand the sports.

On the other hand, Kangana Ranaut has also started short exercises that will prove beneficial for the film. For example, she is said to have started yoga to hold her, which is an integral part for the game.

Besides that another thing that Ashwiny Iyer Tiwari is keen on is to have real life Kabaddi champions train Kangana. The filmmaker is currently on a lookout for someone for the same. The filmmaker reportedly wants the actress to learn the nitty-gritties of the game like crocodile hold and wrist catch. Not surprisingly, Kangana Ranaut is supposed to undergo a massive physical transformation too to play the role.

Speaking on her other films, Manikarnika - The Queen of Jhansi is expected to release this year. But the release date of the same is yet to be finalized. As for Mental Hai Kya, the film, which is extensively being shot in London, is directed by Prakash Kovelamudi. The wacky thriller is yet to have a release date.

Also Read: Kangana Ranaut sweats it out in the gym with her gym buddy Sophie Choudry in London