The last few months have seen several big producers exploring options for the release of their films as the cinema halls across the country were shut owing to the coronavirus pandemic. Bollywood Hungama has exclusively learnt that Ajay Devgn too is looking to get two his films on OTT platform and the conversations are in the advanced stage. This films that are poised for an OTT release on Hotstar include his acting stint, the war drama Bhuj: The Pride of India and his production venture, Abhishek Bachchan starrer Big Bull. 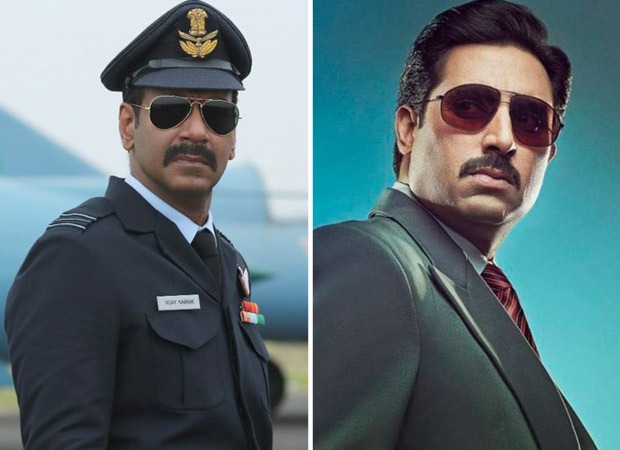 Bhuj and Big Bull: Ajay Devgn in talks to ink a multi-film deal with Disney+ Hotstar?

“It’s a two film deal and the actor is being offered a big chunk of money. With no clarity around the reopening of cinema halls, the stakeholders feel it’s best to get the film on the OTT platform and entertain the audience on the small screen. While Bhuj shoot is almost complete with just patch work remaining, Big Bull is currently in the post – production stage,” revealed a source close to the development adding further that they are also exploring on by-passing the patch work scenes on the edit table through extended use visual effects on Bhuj.  "The meetings are taking place at the moment and decision will be taken within a week."

Apart from Bhuj, Hotstar has also been in talks forever to bag the rights of Akshay Kumar starrer Laxmmi Bomb and the film too will gear up for a direct to digital premiere soon. “It’s a matter of time before they make an announcement. By keeping the suspense intact, the makers are trying to generate buzz and anticipation around the film. Akshay is usually the first to issue a clarification on rumours, and with that not happening, it’s certain that the film will arrive on Hotstar,” the source added.

This Friday will see the release of first big film, Shoojit Sircar’s Gulabo Sitabo on Amazon Prime whereas Vidya Balan’s Shakuntala Devi is gearing up for a month end release.

Also Read: Ajay Devgn’s Bhuj: The Pride Of India team working from home to complete the VFX of the film