Last Updated 01.10.2022 | 1:37 PM IST
feedback language
follow us on
Bollywood Hungama » News » Bollywood News » Ayan Mukerji says Ranbir Kapoor starrer Brahmastra is not a superhero film – “It is just a fantasy epic story which has a lot of dramatic scope”

Ranbir Kapoor, Alia Bhatt, Amitabh Bachchan, and director Ayan Mukerji will be unveiling the much-awaited trailer of magnum opus Brahmāstra Part One: Shiva on June 15. Ahead of the trailer release, the makers have been unveiling character posters of the actors creating a lot of buzz around the upcoming fantasy sci-fi drama. Now, the director, who has spent several years creating and shooting this project, says that it is not a superhero drama but a fantasy epic story. 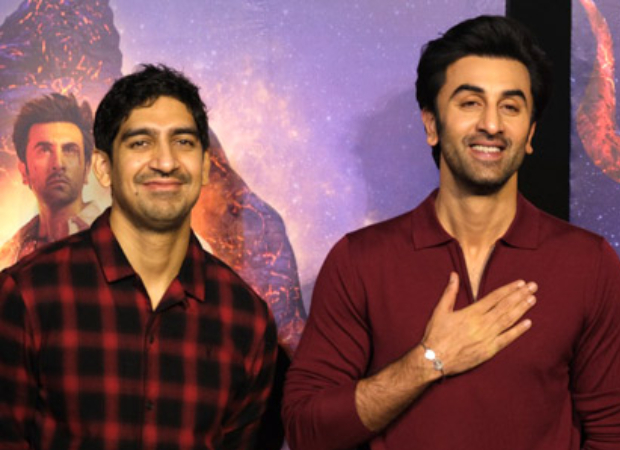 Recently, speaking to IANS, Ayan Mukerji said, “I am not a superhero nerd. I love some of the superhero films like Avengers and Spiderman… I am not the biggest superhero fan. I would like to say that I am more of a fantasy film fan. And I honestly think Brahmastra is not a superhero film. It is not about a guy wearing a costume and necessarily saving people."

He further added, “It is just a fantasy epic story which has a lot of dramatic scope and in some way it is a fantasy version of me trying to write my modern version of something from myth. Like the scope that myth has but in a modern way."

The film is presented by SS Rajamouli in Tamil, Telugu, Kannada, and Malayalam.

ALSO READ: Brahmastra: Chiranjeevi comes on board for Ranbir Kapoor and Alia Bhatt starrer, announcement to be made soon