If it is a film starring Ajay Devgn, there are bound to be songs as well even if the storyline is intense and serious. The actor is certainly fond of music and this is the reason why he finds place for songs in Raid as well which is basically a dramatic encounter in the offering. 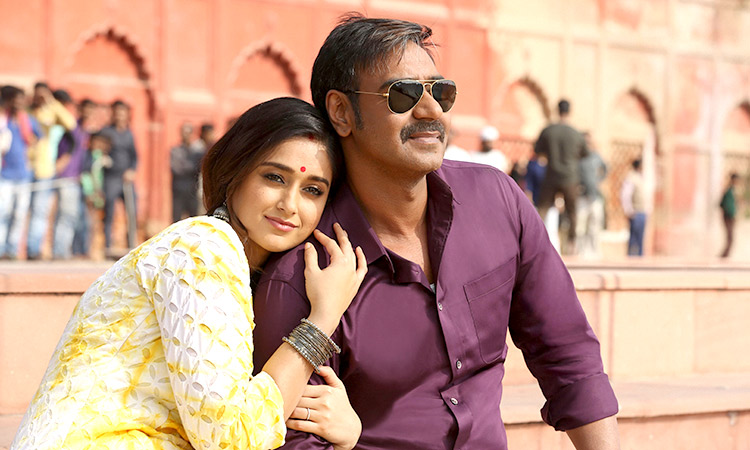 As is the trend currently, there are a couple of recreated versions right at the beginning of the soundtrack. Both are Nusrat Fateh Ali Khan songs that have been recreated by Tanishk Bagchi with new additional lyrics by Manoj Muntashir. Rahat Fateh Ali Khan comes behind the mike for both these songs, 'Sanu Ek Pal Chain' and 'Nit Khair Manga'. Since both these love songs are highly popular numbers for over the years, there is very strong recollection quotient attached to them due to which it doesn't take any time whatsoever to begin humming them all over again. Chartbusters all over again, they deserve to be played in loop.

Composer Amit Trivedi and lyricist Indraneel tie up for the next two tracks in the album, 'Black' and 'Jhuk Na Paunga'. Former is the one which plays along with the film's promo and the words that stay with you are 'saam daam dand bhed'. Perhaps one of the rare numbers that has actually been made on the menace of black money, expect this Sukhwinder Singh rendered track to play on at multiple junctures of the film.

'Jhuk Na Paunga' is a theme track and has Papon stepping in as the singer. Surprisingly, this one turns out to be a rather dull outing even though the core theme is about the protagonist standing up against all the odds and taking challenges heads on. Though one would have expected a bit more energy in the song, it doesn't really turn out to be the case and hence one waits to see how the picturisation supports it.

Though a couple of situational tracks in the film are just about decent, it is the recreated versions of Nusrat Fateh Ali Khan hits that keep your interest alive in the music of Raid.