Last Updated 03.07.2022 | 3:52 PM IST
feedback language
follow us on
Bollywood Hungama » Movies » Movie Reviews » Raid Movie Review: Raid is a realistic and hard-hitting thriller that keeps you hooked right till the end. A film that is sure to win accolades as well as positive word of mouth.

Raid Movie Review: Raid is a realistic and hardhitting thriller that keeps you hooked right till the end. A film that is sure to win accolades as well as positive word of mouth.

Director Raj Kumar Gupta is known for making critically acclaimed movies like AAMIR and NO ONE KILLED JESSICA. And now he is back with RAID starring Ajay Devgn. So, the expectations from the movie are high and well justified too. So let’s find out if RAID lives upto those expectations or not. 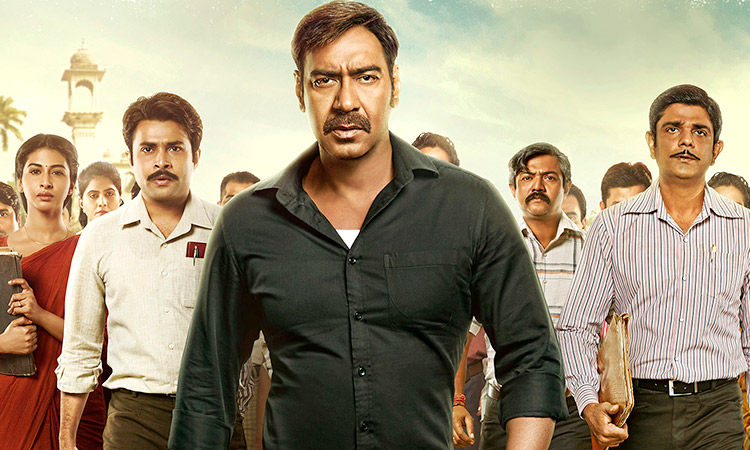 RAID, the title itself is self-explanatory. But for the uninitiated, the plot revolves around the no-nonsense, honest-to-the-core Income Tax officer, Amay Patnaik (Ajay Devgn), and his quest to raid all the top notch businessmen, henchmen and politicians of the country defaulting on the Income Tax. Rameshwar Singh AKA Tauji (Saurabh Shukla), a typical greasy politician is his nemesis. Together, they begin a cat and mouse chase kind of game which results in amazing twists and turns as the film progresses, keeping masses at the edge of their seats, waiting for more. Amay’s target is to recover a whooping amount of Rs. 420 crores which Tauji has hidden away in his 'white house'. As the film progresses, Tauji mounts pressure on Amay to withdraw the raid but despite all this, he carries out the procedure. Does Amay succeed in his mission? Well we wouldn’t like to give that away.

First and foremost let’s get to the performances of the leads. Both Devgn and Shukla shine through their characters. They are impactful and totally keep you hooked. Every time they appear on screen, sparks fly and you end up feeling the tension. Ajay Devgn looks strong and powerful playing the role of an honest IT officer who is not scared of anyone. He impresses everytime he delivers a punchline and emotes so much through his eyes. Saurabh Shukla as the corrupt politician is equally good and gives Ajay a tough fight on screen. Ileana D’cruz, as Devgn’s wife, gives depth to his character. Pushpa Joshi, who plays Saurabh Shukla’s mother, has a key role in the whole film. Every time she appears on screen, her wry sense of humour releases tension and provides a good break from all the intensity.

While the leads have done justice to their characters, supporting actors, Amit Sial, Amit Bimrot and Gayathri, who play Ajay’s colleagues, give an honest performance. Saurabh Shukla’s family members played by Ravi Khanwilkar, Sheeba Chadha, Devas Dixit, Pravin Sisodia, among others stay true to their on screen roles of flawed relatives of a corrupt politician.

Director Raj Kumar Gupta mounts the film well and has made sure that the audience’s attention is not diverted from the main topic: Raid. And it actually works in his favour. He arrests our attention with all the twists in the film, especially the sequence prior to interval which can only be described as top notch. Also, he has made sure that the movie culminates beautifully towards the climax, keeping us on the edge of our seats for most of the time. This has to be his best work till date. The only hiccup is that the romance between Ajay and Illeana is strictly okay and the songs create slight restlessness and deviation from the main plot.

The Background score by Amit Trivedi works well for the film but songs re-created by Tanishk Bagchi seem pretty unnecessary.

A special mention to Ritesh Shah, who has written the screenplay, story and the dialogues of RAID. The dialogue-baazi is sure to be greeted with whistles and claps. While all dialogues are brilliant, one sequence is especially stellar. Somewhere in the film, Tauji is having dinner at the table. He rounds the people sitting with him one by one and then asks wryly, “Vibhishan Kaun Hai?”. In a dramatic style, the identity of this said Vibhishan is revealed in the end, shocking your senses.

Talking about the editing, Bodhaditya Banerjee has done a decent job keeping the thriller crisp. Its total runtime is 2 hrs 8 mins.

DOP Alphonse Roy is good as his camera moves smoothly, taking us head-on through this gritty narrative. RP Yadav’s action is pretty neat and whatever little scope there is for Ajay to show his expertise in the department, he does it with panache.

Let’s take a moment here and appreciate Ajay’s choice of films. He maintains a sleek balance between commercial and content driven films with the proficiency of a seasoned performer. While he has films like GOLMAAL in his kitty, he does DRISHYAM and a RAID and impresses us just as effortlessly.

On the whole, RAID is a realistic and hard-hitting thriller that keeps you hooked right till the end. A film that is sure to win accolades as well as positive word of mouth. This twisty tale is definitely a must watch movie this weekend.

2 Years of Raid: Ajay Devgn reveals why his film resonated with the audience with a throwback video

Sequel to Ajay Devgn starrer Raid on the cards?

good to watch this movie Ajay Devgan and shaurabh Shukla excellent and treat to watch it. paisa…

I love the movie. it was awesome... Ajay Devgan rocks... after such a.long time see a fantastic…

every ones acting was simply superb, specially saurabh shukla and ajay devgan someone else could…