Genius Movie Review: Genius is an extremely poor and senseless fare. Watching this film is surely not a genius idea. Avoid.

We often come across reports of whiz kids who prove to be much smarter and intelligent than others their age. Anil Sharma’s GENIUS attempts to tell the story of not just one, but two such geniuses and what happens when they have a face off. So does GENIUS turn out to be as entertaining and exciting as some of the previous entertainers of Anil Sharma? Or does it prove to be a disappointment? Let’s analyse. 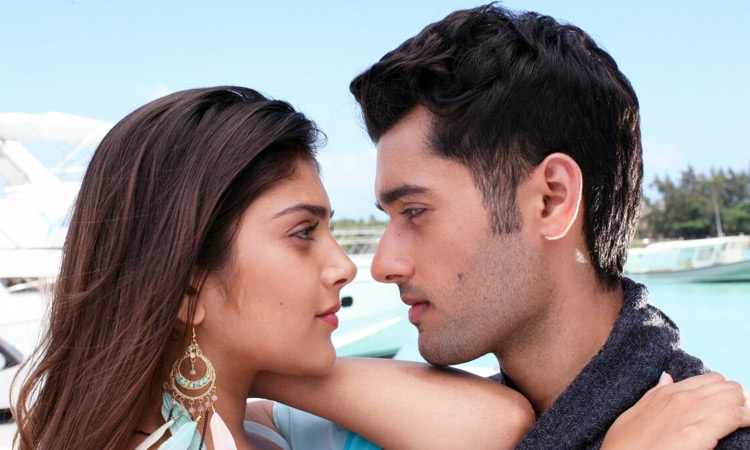 GENIUS is the story of two genius minds. Vasudev Shastri (Utkarsh Sharma) is an orphan from Mathura. His mind works faster than a computer. He not just knows his Sanskrit shlokas but also his algebra theorems and scientific formulas by heart. He goes to study at IIT Roorkee where he falls for Nandini (Ishita Chauhan). The RAW finds out about Vasudev and his intelligence and invites him to join the wing even before completing his course. Nandini however doesn’t reciprocate to his love. Vasudev gets depressed and one day he comes to the rescue of RAW when their servers get hacked. Vasudev then once again gets an offer to join RAW and this time he agrees. While investigating the hack and a fire in an ammunition godown in Ambala, Vasudev realises that the mastermind is the evil and mysterious MRS (Nawazuddin Siddiqui). How Vasudev tries to defeat this fellow genius forms the rest of the film.

Anil Sharma’s story is weak and flawed. Anil Sharma, Sunil Sirvaiya and Amjad Ali’s screenplay has loose ends and is scattered everywhere. The idea of having a non-linear narrative in the first half doesn’t work. Anil Sharma, Sunil Sirvaiya and Amjad Ali’s dialogues are over the top and preachy. Some of them are absolute trash and it won’t be surprising if a fun listicle is made on them.

Anil Sharma’s direction is dated and it looks like he’s stuck in the 90s, or even in the 80s. The way the songs are forced into the story and the manner in which few sequences are lifted from Hollywood films like the Batman series is shocking and is reminiscent of the bygone era.

GENIUS has a non-linear narrative and it makes no sense why it was done. In the first 10 minutes, viewers get a fair idea about what has happened. One expects the makers to rush through these developments. But instead they take their own sweet time to unravel the story. The entire idea of genius bit is hammered needlessly. Everyone is shown to be in awe of Vasudev's genius side, constantly praising him for just any random reason. He’s also shown as someone who plans not just ten, but thousand steps ahead. This could have been interesting but sadly, it seems laughable. In fact it is shocking how the script got approved in the first place. The first half is longer with the romantic portions being bland. And not just the love story, even the revenge saga fails to impress.

Utkarsh Sharma is terribly miscast for the role. He’s extremely raw and has a long way to go. He looks like a college kid and hence throughout the film, it becomes difficult to imagine him as a RAW agent or even as an IIT student. He also needs to work on his expressions. Ishita Chauhan also fails to give a decent performance. In the initial sequences, she has just one expression on her face. Nawazuddin Siddiqui makes an entry only minutes before the intermission. He saves the film with his excellent performance. Watch out for his dance in 'Pyar De Pyar Le'! Mithun Chakraborty (Jaishankar Prasad) is decent. Abhimanyu Singh (Pravin Joshi) is wasted. Same goes for K K Raina (Mr Das) and Ayesha Jhulka (Nandini's mother). Malti Chehar (Rubina Sheikh) and Dev Gil are hardly memorable.

On the whole, GENIUS is an extremely poor and senseless fare. At the box office, it will be rejected outright by the audience. Watching this film is surely not a genius idea. Avoid!

The marketing strategy of Anil Sharma’s Genius gives an important lesson: How not to go overboard while saving your disastrous film

it is an good movie , entertainning

it is an entertaining movie