The much talked about debate on nepotism that was started off by Kangana Ranaut a year and a half ago continues even now! The actress had spoken about how star kids get more privilege over struggling actors. While many fraternity people have joined the debate, the latest one to join it is Anil Sharma, popularly known as the filmmaker of Gadar. The filmmaker is gearing up for the launch of his son Utkarsh in his own film Genius. During the promotions of the same, Anil exclusively spoke to Bollywood Hungama wherein he lambasted at the actress. 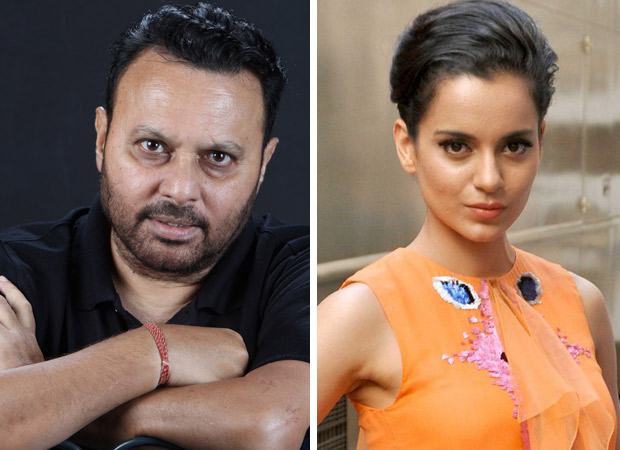 When filmmaker Anil Sharma was asked about the continuous debate on nepotism, his response was, “When Kangana [Ranaut] will have kids and when they grow up we will ask her this question.” Further, he mentioned, “When Kangana came to this industry she got work, right? Even when I came to this industry and when I was new, I got my break too right? I hail from Mathura and when I came to Mumbai, I had no one in the industry. Many of them like Amitabh Bachchan, Dharmendra, Shah Rukh Khan, Priyanka Chopra didn’t know anyone from the film industry when they entered it. But they all got work. Ishita Chauhan, who is sitting right next to us, even she doesn’t have anyone from the industry but I gave her work. That’s what you are supposed to do. Maximum, people like us can give opportunities to others to work like I gave Ishita and even Priyanka” [Priyanka’s first film was Hero – The Love Story of a Spy which featured her in a supporting role.]

When he was prodded further that the ‘outsiders’ often have to struggle more, Anil added that everyone has to do hard work but it is not just hard work but also talent and focus that helps us retain our stardom in the film industry. So he doesn’t consider this as a valid argument. “People who like to gain publicity and sympathy are the ones who speak about these things. The ones who are hard-working and right for their job, they will definitely get a break. I got a break and just the same way, I gave a break to someone. The industry is good enough to welcome outsiders with open arms. I personally condemn such thoughts and beliefs.”

Anil Sharma also stated, “If a doctor’s son came become a doctor, an engineer’s son can become engineer, why do people have a problem if an actor of filmmaker’s kids take up their parents profession or a job in the entertainment industry. I believe that it is the duty of every father to help their son and given them a lending hand to settle in life. I am just doing the same.”

Furthermore, he also spoke about Ishita, who is debuting with Genius. The actress hails from a family of software engineers where her father works in the said profession. Speaking about how she got work in an industry which is accused of being nepotistic Sharma added, “If she had been interested in the same profession, she would have done it but she was interested in acting. She is just 19 yet she followed her dreams by coming to Mumbai and she has struggled too. She didn’t get this film due to nepotism but because she was talented. She has given over 10-12 auditions before she signed this film.”

When he was further questioned about how trollers reacted to the Vogue cover photoshoot of Suhana Khan, daughter of superstar Shah Rukh Khan, Anil Sharma referred to the lyrics of the song from the Rajesh Khanna starrer Amar Prem, ‘Kuch Toh Log Kahenge, Logon ka kaam hai kehna’. He also maintained that these trollers are jobless and wouldn’t spend a penny to watch a film. So one should not take it too much to heart!

Also Read: Wait What! Baahubali 2 has not made any new records, Gadar has a valuation of Rs. 5000 crores today says Anil Sharma