You expect a situational soundtrack in Bhavesh Joshi Superhero. As a matter of fact you look forward to a couple of theme/instrumental pieces as well, which aren't really there though. However, with composer Amit Trivedi and lyricist Amitabh Bhattacharya at the helm of affairs, you brace up for something zingy and spicy.

First track of the album goes by the title 'Hum Hain Insaaf'. A rap track which is rendered by newcomers Babu Haabi & Naezy, this one is also written by them even as they are supported by Anurag Kashyap who steps in as a lyricist. A song about a bunch of youth who are on a crusade against corruption and are out there on the streets to lend out justice, 'Hum Hain Insaaf' is just about ordinary. However, it may make some impression as a part of the background score. 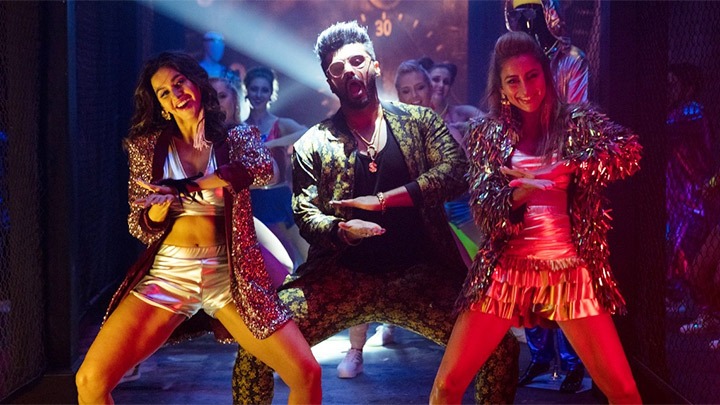 Next to arrive is 'Chavanprash' where one has to give it to Amitabh Bhattacharya for going on an overdrive with his lyrics. He really lets his imagination go wild as he objectifies the fairer sex with 'chavanprash' and 'yoga' no less. Divya Kumar sings this one in a 'tapori' manner while being supported by Pragati Joshi & Arohi Mhatre. This one may just about catch up with youth in small town clubs and pubs but that's about it.

Amit Trivedi brings himself behind the mike for 'Tafreeh' which brings in some sort of 'thehraav' in the album after a couple of high decibel pieces. Though this isn't one of those catchy pieces that stay on your mind after you have listened to them just a couple of times, there is a quintessential Amit Trivedi sound to it that one can relate to. Expect this song to pop up during one of those silent moments of the film.

Last to arrive is 'Qasam Kha Li' which is rendered by Papon. This one has an old school sound to it and reminds one of the pieces from the 60s. That said, it is surprising that the song actually turns out to be a rather dull outing and you don't quite root for it. A rather sad outing, one waits to see how is this one is placed in the film's narrative.

There isn't much remarkable about the music of Bhavesh Joshi Superhero as you don't quite carry the songs home.