Last Updated 01.10.2022 | 9:42 PM IST
feedback language
follow us on
Bollywood Hungama » News » South Cinema » Trisha Krishnan and Aishwarya Rai Bachchan pose together for a selfie on the sets of Ponniyin Selvan; too much beauty in one frame

Trisha Krishnan and Aishwarya Rai Bachchan will be sharing screen space for the first time in the magnum opus Ponniyin Selvan set against the backdrop of the Chola Empire. Trisha took to social media to post a photo with her PS 1 co-star Aishwarya Rai Bachchan where they were seen in their princess avatars from the Mani Ratnam film. 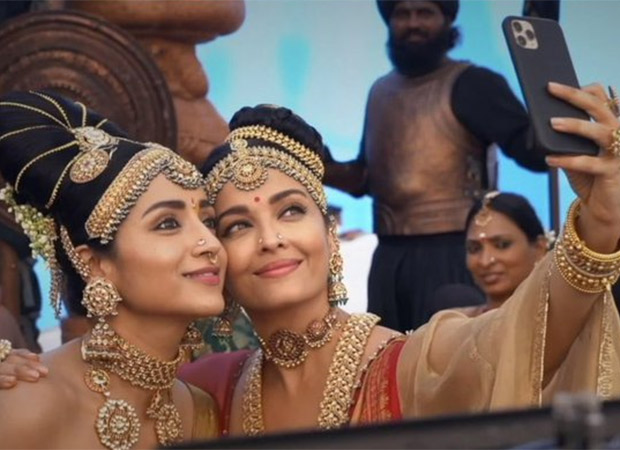 Trisha Krishnan and Aishwarya Rai Bachchan pose together for a selfie on the sets of Ponniyin Selvan; too much beauty in one frame

Trisha Krishnan, who has also played the leading lady opposite Akshay Kumar in Khatta Meetha, will be seen in the multi-starrer as Kundavai whereas Aishwarya Rai Bachchan will feature as Queen Nandini. Their characters are expected to work against each other in the film, however, the recent photo shared by Trisha seems to showcase a warm camaraderie between the two actresses on the sets of Ponniyin Selvan aka PS 1. Trisha posted this photo on her Twitter handle and captioned it as ‘Ash’ with a hug emoji.

In an earlier interview with NDTV, the South actress had revealed about her off screen rapport with Ash saying, “She is beautiful inside and out, I don't even need to say that. The thing is, this was challenging because we are not supposed to like each other too much in this film, but we got along pretty famously on set. There were times when Mani sir would come and say, 'listen, you guys are taking too much, stop talking, I can't have this camaraderie for my scene’.”

Speaking of Ponniyin Selvan, the film is a two part epic saga based on the historical novel by the same written by Kalki Krishnamurthy. The film starring Vikram as Aditya Karikalan, Karthi as Vanthiyathevan, Jayam Ravi as Arulmozhi Varman, among others. The first part PS 1 will release on September 30 whereas the second part is expected to hit the theatres about six to nine months later.

Also Read: Mani Ratnam opens up about the release of his magnum opus Ponniyin Selvan 2