Last Updated 30.09.2020 | 9:17 PM IST
feedback language
follow us on
Home » News » South Cinema » Bollywood News Sai Pallavi poses with fans at a college in Trichy as she appears for an exam

South Indian actress Sai Pallavi was recently spotted in a college in Trichy. She was there to attend an exam. Excited fans who spotted the actress clicked pictures with Sai Pallavi and the actress happily posed with them. 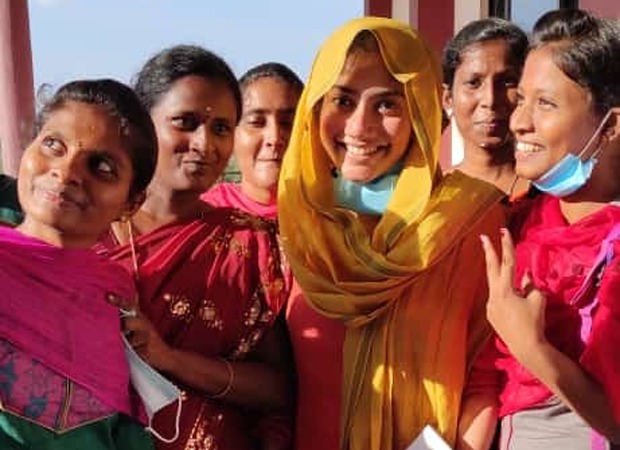 Sai Pallavi who graduated in 2016 was spotted at MAM college of engineering where she appeared for an examination. Fans took to social media to share pictures with the actress and one of them also posted a video of the actor entering the college and getting her hall ticket checked.