Last Updated 27.09.2020 | 3:25 PM IST
feedback language
follow us on
Home » News » South Cinema » Bollywood News SAAHO: Prabhas CONFESSES that this is one of the best shooting experiences he ever had! [Read On]

Fans are eager to see the Bahubali star in his suave new avatar as he romances Shraddha Kapoor on the big screen. Prabhas is all set for the release of his action potboiler Saaho as the film is only a month away from its release. The actor has been equally excited about the release and has been posting about the film on his social media handle too. In a recent post that was shared by the actor, he spoke about one of the finest experiences while shooting the film. 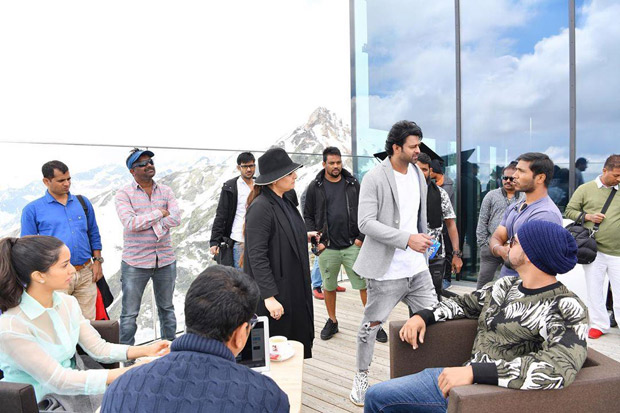 Readers would be aware that the entire team of Saaho has been shooting at various locations including India and abroad. From Abu Dhabi to Austria, the film boasts of picturesque locales that too will play an integral role in sequences. Amongst them, the team including Prabhas and Shraddha Kapoor were seen wrapping up one of the schedules in Austria. Speaking about the experience there, Prabhas shared this photo of him from the sets of the film. He added, “Hi Darlings ! Shooting in Innsbruck and Tirol region of Austria, was one of the most incredibly awesome experiences I have ever had... @shraddhakapoor @vaibhavi.merchant.”

In the forthcoming action thriller, the action sequences are directed by Hollywood based stunt directors. It will feature both, Prabhas and Shraddha Kapoor in the role of cops.

Saaho, directed by Sujeeth, is expected to be one of the big budget films from Tollywood and it will release in three languages, namely, Tamil, Telugu and Hindi. It also boasts of an extensive Bollywood star cast with actors like Jackie Shroff, Mandira Bedi, Neil Nitin Mukesh, and Mahesh Manjrekar playing important roles. The film is slated to release on August 15, during the occasion of Independence Day.

Also Read: Here’s what Saaho director Sujeeth has to say about comparisons with Prabhas starrer Baahubali!