Last Updated 04.02.2023 | 2:18 PM IST
feedback language
follow us on
Bollywood Hungama » News » South Cinema » Rajinikanth Lookalike: Rehmat Gashkori opens up about being a doppelganger of a South superstar, “God had blessed me with the looks of a great actor and human”

From Alia Bhatt to Shah Rukh Khan, there have many celebrity doppelgangers who made news owing to their unbelievable resemblance to these superstars. Yet again, someone has managed to make news in a similar way. Pakistan-based Rehmat Gashkori is actually a retired government official who has extreme resemblance to South superstar and Thalaivar Rajinikanth and we can’t believe how similar they look! 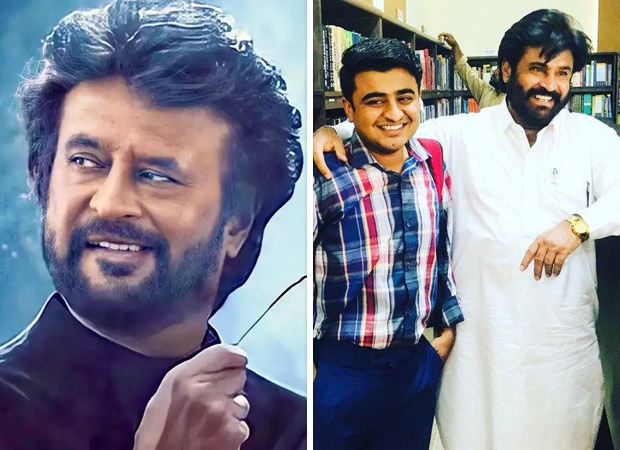 Rajinikanth Lookalike: Rehmat Gashkori opens up about being a doppelganger of a South superstar, “God had blessed me with the looks of a great actor and human”

The stardom of Rajinikanth cannot be explained in a few words. His films are often celebrated like festivals and the love showered on him is immense. While Rehmat was unaware of this, he recently joined social media when people started referring to him as Rajinikanth. In an interview with Arab News, Rehmat spoke about the superstar’s stardom and how he was often mistaken for the celebrity, “During my service with the deputy commissioner’s office in Sibi, I didn’t care too much about the comments about my resemblance with Rajinikanth. After I retired, I started using social media where many people started calling me by that name. I accepted it since I realized that God had blessed me with the looks of a great actor and human being.”

I’m blessed with Positive people Rehmat Gishkori Sahb is like my elder brother ????
What an amazing personality ???? pic.twitter.com/VWltwiOSjD

Rehmat also recalled an incident when people in Karachi mistook him for being Rajinikanth. He mentioned in the interview that he had been to the city for a medical check-up when he was mobbed by many at a shopping mall. In fact, people started taking selfies with him and some of them even asked him if he was truly ‘The Rajinikanth’ and his response was, “Yes I am, but I am from Pakistan.”

Meanwhile, megastar Rajinikanth is currently gearing up for Nelson Dilipkumar’s Jailer that also stars Shiva Rajkumar. With music by Anirudh Ravichander, the film is expected to hit the big screens next year.