Recently, the makers of Pawan Kalyan and Rana Daggubati’s craziest multi-starrer tentatively titled PSPK Rana Movie directed by Saagar K Chandra and produced by Naga Vamsi under Sithara Entertainments announced to release the film in theatres for Sankranthi in 2022. 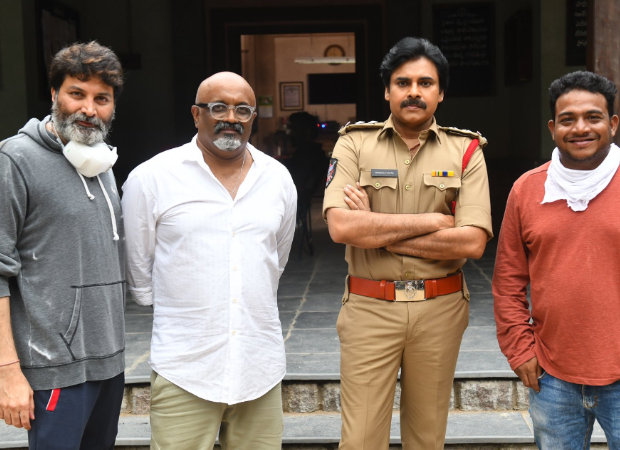 Just a while ago, the makers have come up with a big update of releasing the movie on 12th January. They have also dropped another update that the musical promotions will also begin very soon.

SS Thaman renders soundtracks and the first single will be out very soon. “Gear up for the Biggest Battle of Self-Esteem, #ProductionNo12 in theatres 12 Jan 2022. Be ready to experience the FIRST SINGLE veryy soonnn,” Tweeted Sithara Entertainments.

Be ready to experience the FIRST SINGLE veryy soonnn ????

This will be the first big-ticket film releasing for the Sankranthi festival.

An announcement video shows Pawan Kalyan, Trivikram Srinivas and Saagar K Chandra taking part in musical sitting alongside composer SS Thaman. Going by the BGM, this is going to be a stirring number.

Ace director Trivikram Srinivas has penned screenplay and dialogues of the film.