Amazon Prime Video today announced the release of the Prithviraj starrer Malayalam crime thriller, Bhramam on 7th October 2021 in India. Bhramam features Prithviraj Sukumaran in the lead along with an ensemble of talented actors including Unni Mukundan, Raashi Khanna, Sudheer Karamana and Mamta Mohandas in key roles. Directed by Ravi K Chandran, who is also helming cinematography in the film, the Malayalam rendition is produced under the banner of AP International and Viacom18 Studios. 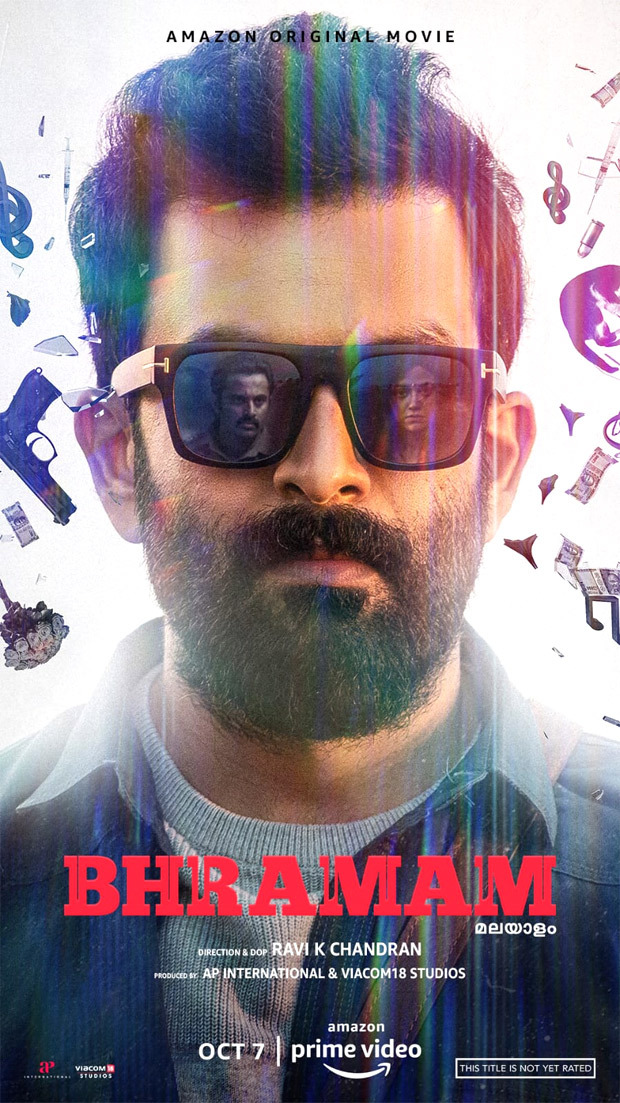 The film dwells on the dualities of a pianist who pretends to be blind, essayed by Prithviraj Sukumaran. His musical journey gets interlaced with suspense, inspiration, confusion and drama as he gets embroiled in a murder mystery. As the plot thickens and a set of bizarre events unfold, wit and survival create the fabric of the film coupled with a stellar background score by musician Jakes Bejoy.

Vijay Subramaniam, Director and Head, Content, Amazon Prime Video, India said, “At Amazon Prime Video, we are fortunate to have been able to build a selection of the most captivating stories of Malayalam cinema and are truly excited to add Bhramam to this growing repertoire of titles. It is great to collaborate with Prithviraj once again whose films Cold Case and Kuruthi have received lots of love and appreciation from our customers. Given its gripping plotline and compelling performances, I hope Bhramam receives similar adulation from audiences and establishes a benchmark in the crime thriller genre starting 7th October.”

Ajit Andhare, COO, Viacom18 Studios said, “I have always believed that unusual scripts are at the heart of Cinema that cuts across languages & cultures. Andhadhun's success in Hindi & in China bears this out already. Now seeing Andhadhun's Malayalam adaptation Bhramam ready to release on Amazon Prime Video gives me great sense of satisfaction & anticipation as it’s another opportunity for the film to weave its magic on a set of new audiences.”

Commenting on the film’s premiere on Amazon Prime Video, Director Ravi K Chandran added, “I am delighted to collaborate with Amazon Prime Video for this interesting project. Taking the scale of production a notch higher than the original, some unique elements of drama and humour have been weaved in Bhramam along with a heady punch of music that discerningly fits into the narrative. I am happy that we have managed to push the envelope further in terms of cinematography and have brought our creative vision to life with such a nuanced storyline and hopefully, along with a talented team, we have been able to put together a film that will leave the audiences thoroughly entertained.”

Sanjay Wadhwa, Managing Partner, AP International Group said, “To have Brahmam be our maiden production gives us immense pride - and we are extremely fortunate to be able to associate with Amazon Prime Video to do so. There could not have been a more compelling story for us to remake - to tap into a larger audience than Andhadhun already has.”