Malayalam actor Prithviraj made his directorial debut this year with the blockbuster film Lucifer starring Mohanlal. The film was received well by critics and the audience and the actor is prepping for its sequel. People from the industry took notice of Prithviraj's directorial skills and even offered him to direct a couple of films. 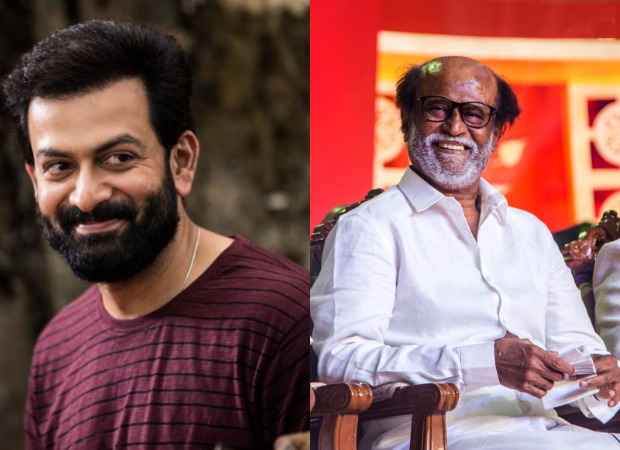 At a recent event, Prithviraj revealed that he received an opportunity to direct actor Rajinikanth. However, he had to let go off the opportunity as he was busy with his other films.

“Soon after Lucifer released, I got an offer to direct Rajinikanth sir’s next film. Unfortunately, I couldn’t take it up because of Aadujeevitham. I don’t think I have typed a longer sorry note to anyone in my life," said Prithviraj at an event organised for his fans.

Meanwhile, on the professional front, Prithviraj was last seen in the recently released film Driving License. The film opened to good reviews and has been doing fairly well at the box office. A few weeks ago, the actor had announced that he will be taking a break from the cinema for three months. After wrapping the shoot of Ayyapanum Koshiyum, the actor penned a long post about his long impending break. However, the actor said that he will be utilising the break to prepare for one of the most ambitious projects of his life AaduJeevitham.